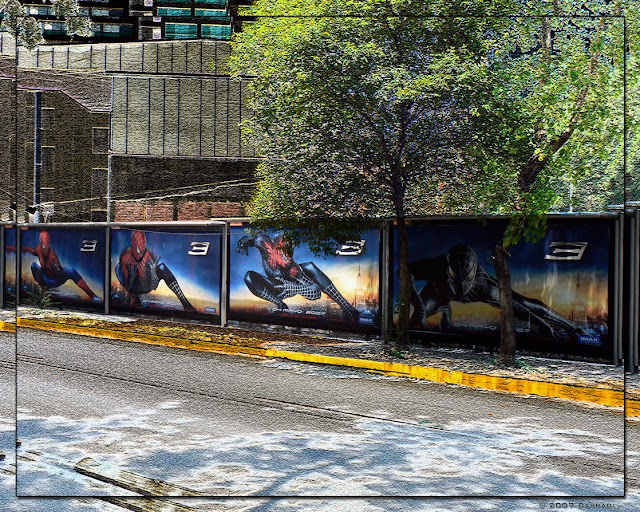 Spider-Man 3: Web Of Influence In Kid-Culture
There are plenty of spins on the Spider-Man 3 record-breaking $382 million worldwide “priciest movie ever made” buzz…so I’m going to take a deconstructionist view about summer box office biggies, and look at the impact of media hype-fests on kids.
Not pickin’ on Spidey, here; haven’t even seen the flick yet, I’m talking about a global web of pop culture influence that has a much more nuanced reach.
Movie launches are inevitably 360 degree marketing surround sound, that part is a given: Kids are cocooned like flies in a sticky web of consumerism, marketers target “sticky eyeballs” with online advergaming, official video games (SM3 got mixed reviews) and some fun “user-generated” contests that tap into teens’ digital creativity with retailers like Target’s “spin a webisode” or social media tools like PhotoBucket’s campaign allowing its 39 million users to create “Spider-Man-braded slide shows” with their photos. Then there’s the ubiquitous junk food branding, jammies, toys, sheets, and home goods so even wee ones aren’t “left out” of the Spidey spin. This article, Caught In A Web At Age 3 weaves an educational spin on Marvel comic books software offering an alternative to tots’ exposure to the movie itself.
Amy Jussel
Turn down the media volume!
Posted by Carraol at Wednesday, May 16, 2007

the movie is rated PG13, its not really for kids..so, i wonder do teenager/young adults are into the franchise toys?

Ciao Carraol,landed here from Bostonscapes blog...and am glad i did!!! Lovely pictures all over!

My compliments. I have enjoyed your Blog. You have so many interesting things to report, please keep up the good work.

Kris,Nazzareno, thanks a lot for your visit, its most appreciated.

When I wrote the above Spiderman piece that you picked up, I never dreamed the link would land me in a photo blog of Mexico City! Ah, the wonders of Web 2.0.

Amazing to see how commercialism can blight the beauty of a photo landscape though...The only spiders I want to see in such tree fringed environs are REAL ones! ;-)

Hi Amy, I'm glad you can post your comment and very glad you like the music. Congratulations for your slendid work, we all need it. Cheers from Mexico City.