400 Pueblos or Nudity as Political Protest 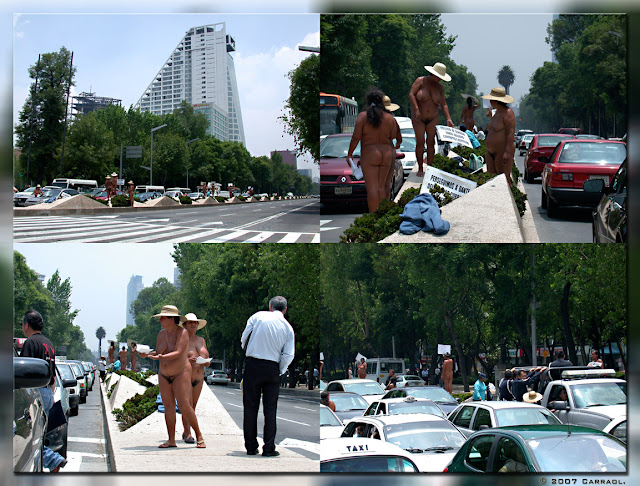 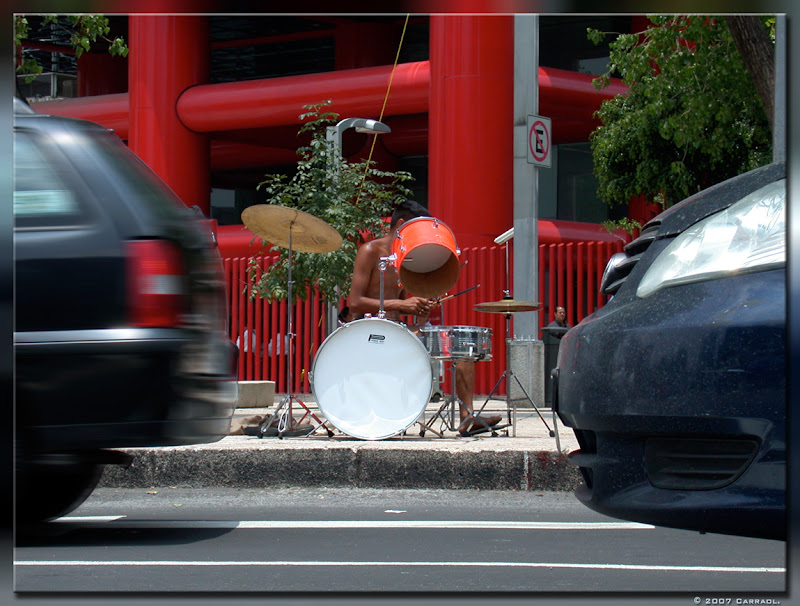 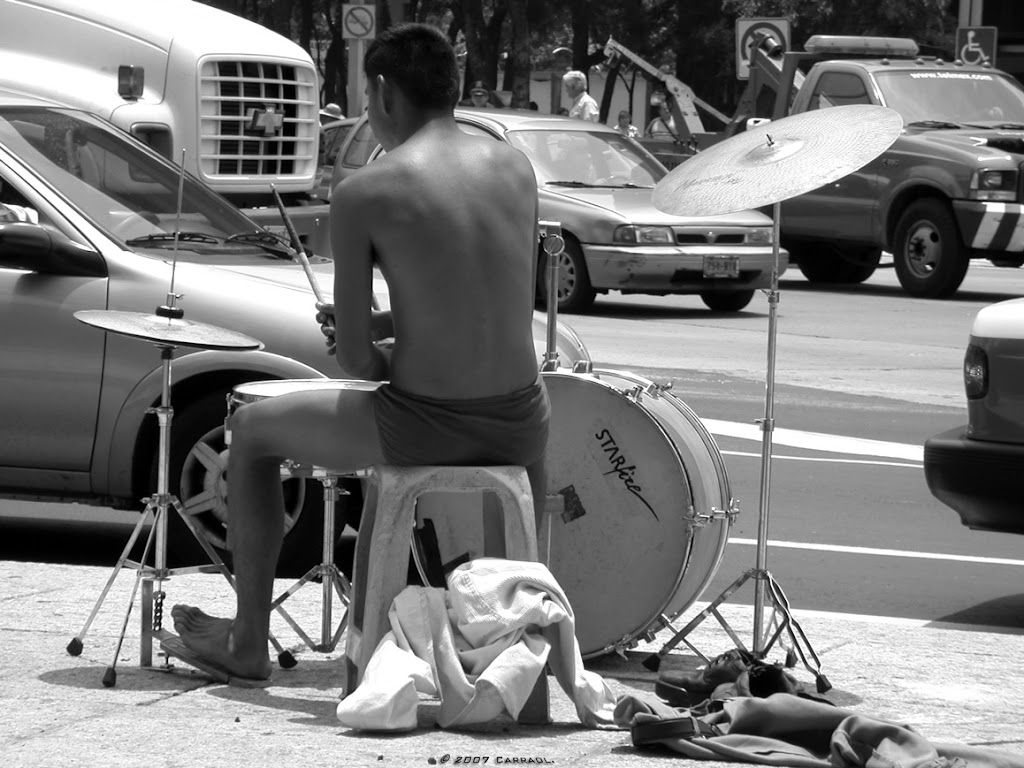 In Robert Heinlein's classic 1951 science fiction novel "The Puppet Masters", a slug-like alien race capable of attaching themselves to human being's spinal cord and controlling their minds secretly invades earth. A shadowy intelligence operation detects the alien menace, and led by the protagonist "Sam" and his partner "Mary" manages to defeat them. One of their biggest challenges after they understood what they were up against was preventing infiltration of "Zone Green", the areas known to be free of puppet masters. One of the measures necessary to defeat the alien menace was "Schedule Suntan", ordering uninfected civilians to wear a bare minimum of clothing (or less) so that the slugs would have no place to hide. Desperate measures for desperate times.
by The Hunter.

I like the guy playing the battery half naked. Funny because it seems that no one is listening to what he is doing :)

People get accustomed to their daily demostrations, I guess thats why. Thanks for your visit.

Mélanie, Merci, thanks a lot for your words, siempre seras bienvenida.