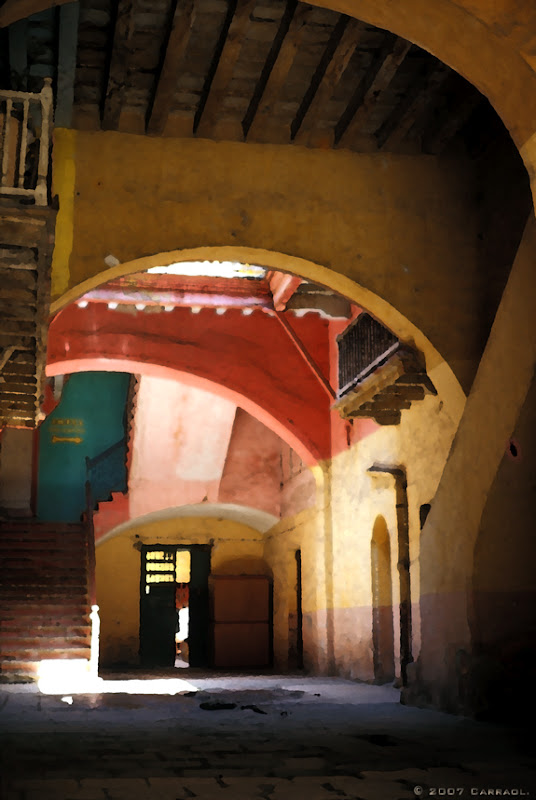 The city of Veracruz is a major port city and municipality on the Gulf of Mexico in the Mexican state of Veracruz. The metropolitan area is Mexico's third largest on the Gulf coast (after Tampico and Coatzacoalcos) and an important port on Mexico's east coast. It is located 105 km(65 mi.) along Federal Highway 140 from the state capital Xalapa, and is the state's most populous city, with a population of 444,438 in the city and 512,310 in the municipality, according to the 2005 census. The municipality has an area of 241 km² (93.05 sq mi). From Wiki.

I like the light and dark and shadows in this photo.

That's what I love about Mexican architecture — the lovely painted/washed colours. You've captured them well here...

lovely composition - great colours [not gaudy like the pic above it]

Kate, One Way, Gerald, Eric, thanks a lot for your comments, its most appreciated.