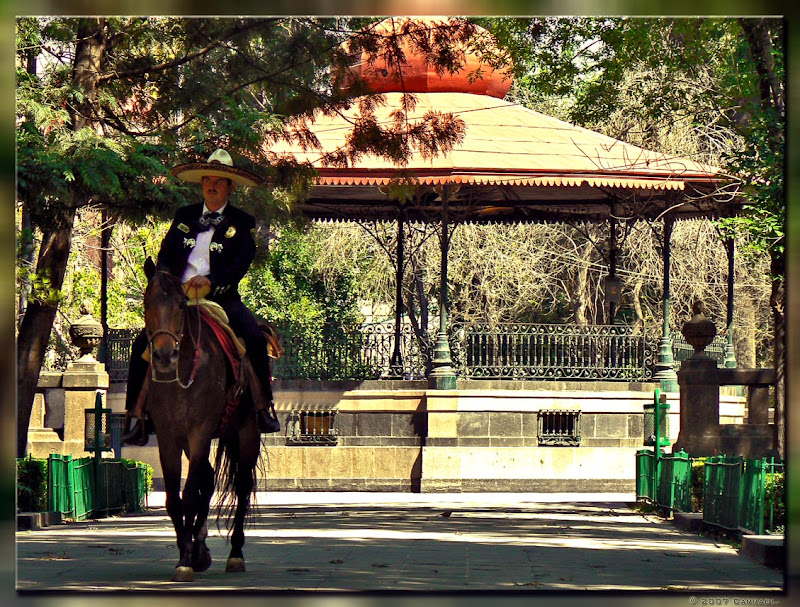 A mounted police guards the Alameda Central, a public park in downtown Mexico City, adjacent to the Palacio de Bellas Artes, between Juarez Avenue and Hidalgo Avenue. The park is a green garden with paved paths and decorative fountains and statues, and is frequently the center of civic events. It was created in 1592, and has served several historic functions, including functioning as the site of the Spanish Inquisition's burning of heretics.
The park's statues include Despoire and Malgre Tout, by Jesús Contreras, and a monument donated by the German community which is dedicated to Beethoven in commemoration of the centenary of his 9th Symphony. Alameda Central can be accessed by Metro Bellas Artes. [From Wiki]

I work at Sonific and came here to see our new playlist widget in action.. sounds good, Thanks for using Songspots!

Hi, Kimmo, thanks all of you at Sonific for your great work and for this widget, I think is wonderful for all whom loves Music. Cheers from Mexico City.