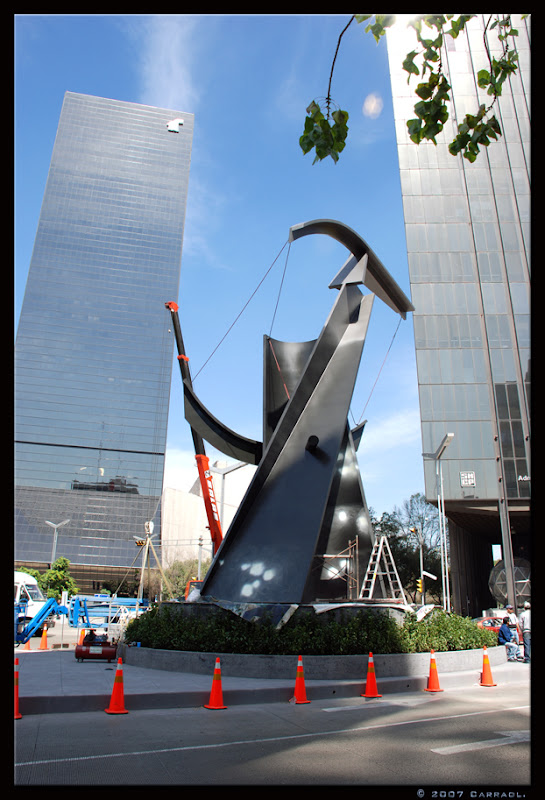 Installation of a new sculpture on Juarez Ave.

The 2007 Tabasco flood occurred in late October and early November 2007 in the Mexican states of Tabasco and Chiapas, in which as much as 80% of the former was left under water. At least 20,000 people were forced to seek emergency shelter. Over 1,000,000 residents have been affected.
2007 Tabasco Flood