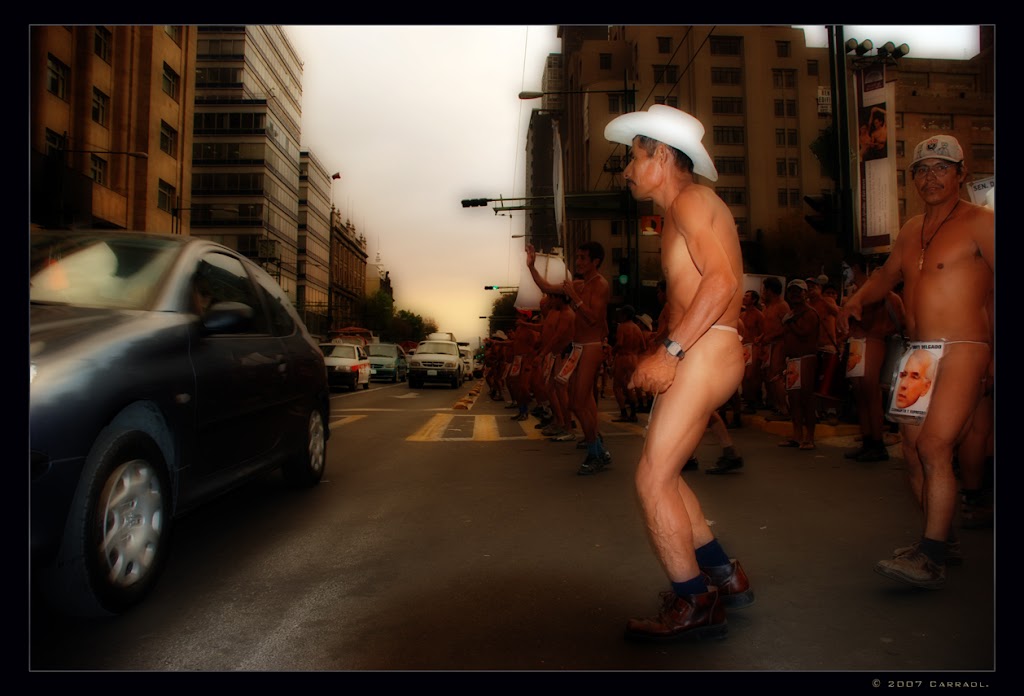 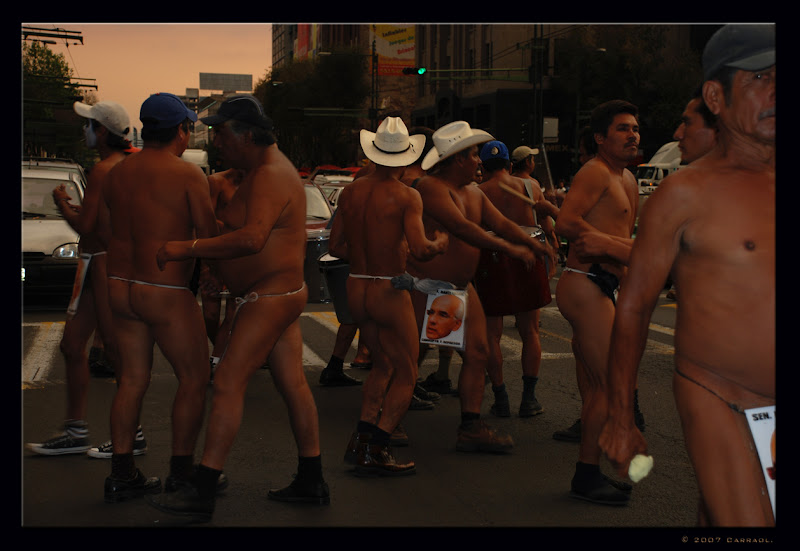 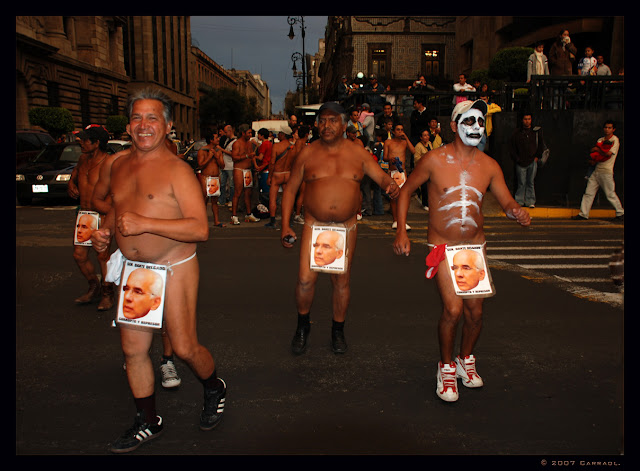 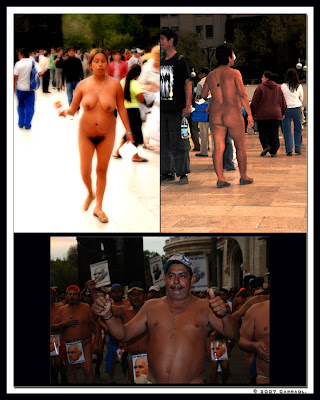 Dozens of nude and semi-nude Mexican farmers, men and women, from Veracruz state, protested in front of Bellas Artes Palace, in the heart of Mexico City.
The farmers chose this unusual form of protest to call attention to their claim over lost lands.
They call themselves “Movimiento de los 400 Pueblos” ( Movement of The 400 Villages ).
A former governor and senator at this day, send to jail in only 4 days more of 500 peasants and stolen almost 5000 acres of their land. From time to time, they came to the city to rise their demands for justice, but nobody pays attention to them.

A few months ago.

Totally different. Some nice socks the guys are wearing.

Well, they certainly got my attention. What was the result of this demonstration; did it accomplish what they hoped?