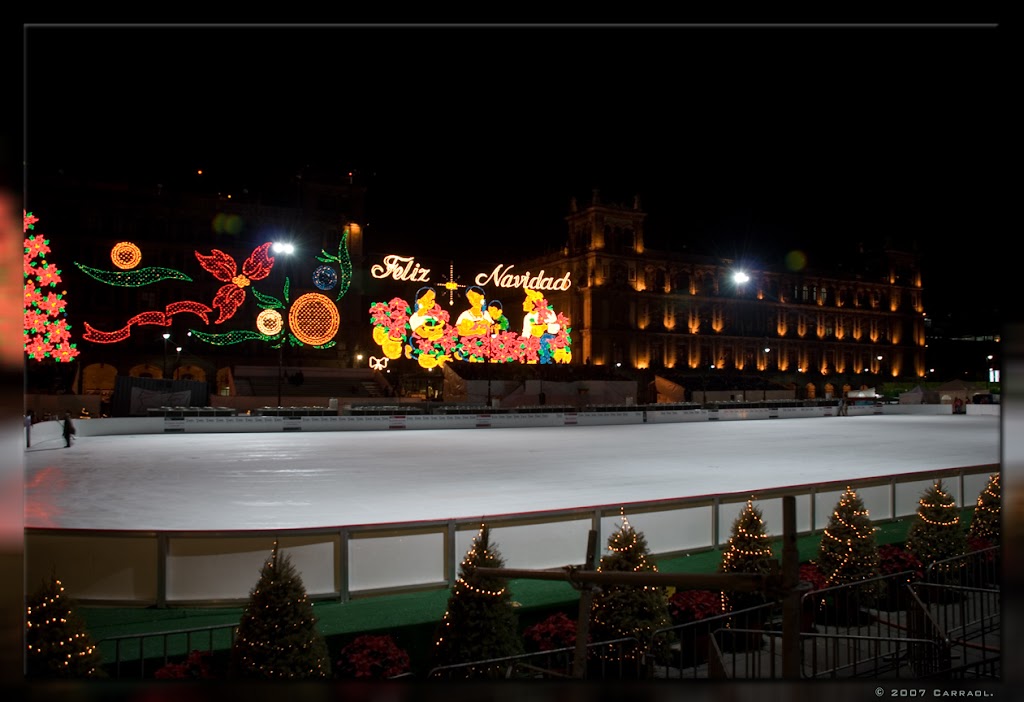 Residents of Mexico City will be able to skate for free for a month in an unprecedented giant open-air ice rink built on the central Zocalo Square, Mexican media reported Tuesday.
The ice rink, 3,000-square-metres large, will be open between December 7 and January 7 as part of the city government's plans to offer free entertainment options.
The ice rink will be the winter offer. Several artificial beaches were set up in summer, complete with sand and temporary plastic swimming-pools, across the city. The city has also closed central streets off to motor-vehicle traffic to allow bicycle rides.
The Zocalo is the most famous square in Mexico City, surrounded by the cathedral, the seat of the national government and the city hall. Special equipment to generate power and ice has already been set up in the square.
Authorities said 1,200 people will be able to skate at any one time. There will be skates on loan and instructors will be available to teach inexperienced skaters, who are likely to be in the majority.
© 2007 dpa - Deutsche Presse-Agentur

The ice rink should give lots of pleasure to many people.