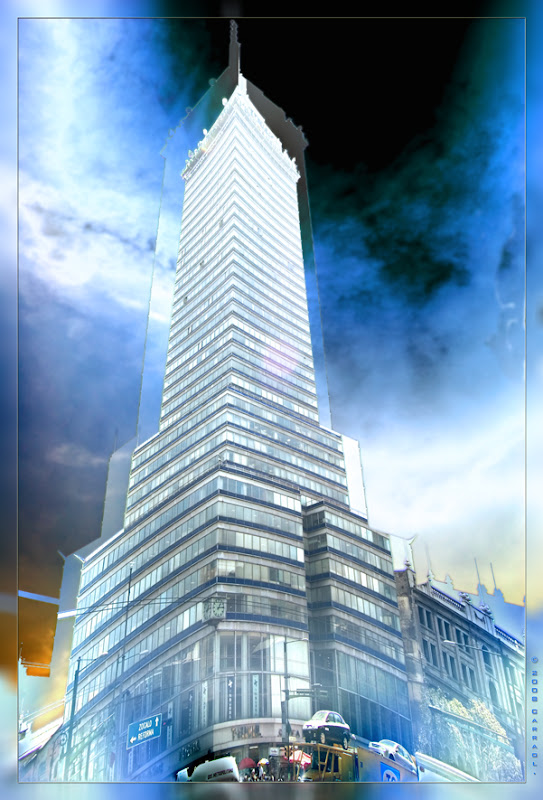 The Torre Latino Americana (literally, "Latin American Tower") is a building in downtown Mexico City, Mexico. Its central location, height (183 m or 597 ft; 45 stories), and history make it one of Mexico City's most important landmarks. It was also the city's tallest building from 1956, when it was built, until the 1984 completion of the Torre Ejecutiva Pemex, which is 22 m higher (although, if one subtracts the height of the TV antenna atop the Torre Latinoamericana, it was surpassed in 1972 by the 207m high Hotel de México, which was subsequently remodelled and turned into the World Trade Center Mexico). [Wiki]

Wow, superb effect I must say. Could not help by clicking when I saw the thumbnil on the portal!

It is a nice looking building. Wow.

Like eric, I couldn't help but clicking to come see more! It's a stunning building and your view of it makes it look even more amazing!

Ann, Eric, Mr. Lincoln, thank you very much for stopping by!

I remember going up there on a wonderfully clear day in January 1980!

Hi Sally, thanks for stopping by, you're right, in December, January and February (cold months) the sky are so blue and clean, but in the past years the smog are increasing quite fast. Cheers.