The Angel of Independence 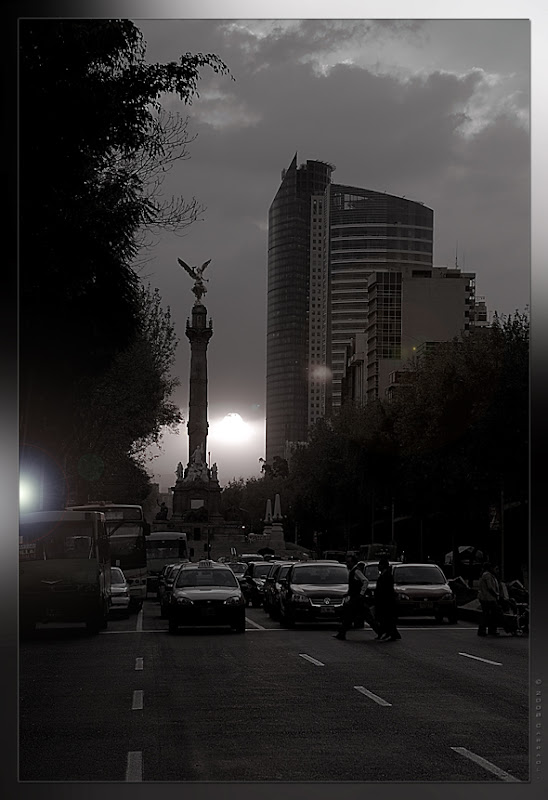 El Angel de la Independencia al atardecer / The Angel of Independence at dusk and in the background the Torre Mayor [building].
El Ángel de la Independencia ("The Angel of Independence"), most commonly known by the shortened name El Ángel and officially known as Columna de la Independencia, is a victory column located on a roundabout over Paseo de la Reforma in downtown Mexico City.
El Ángel was built to commemorate the centennial of the beginning of Mexico's War of Independence, celebrated in 1910. In later years it was made into a mausoleum for the most important heroes of that war. It is one of the most recognizable landmarks in Mexico City, and it has become a focal point for both celebration or protest. It bears a resemblance to the Victory Column in Berlin. [Wiki]

Wow, this really busy downtown. If you not mentioned about statue of The Angel of Independence, I might just looked at the people and cars. Very interesting shot. Thanks for looking my blog.

Chuck, Iblowfish, thanks a lot for your comments.