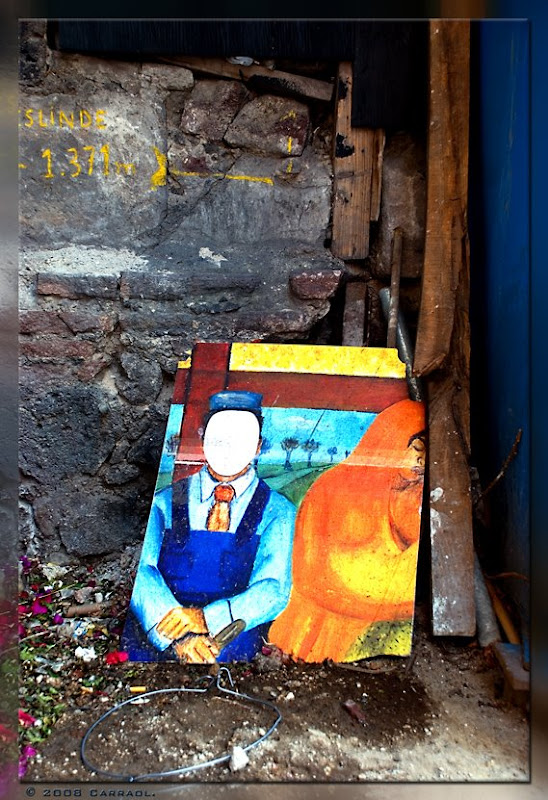 Abandoned sketch in the trash of an old building.
Happy Friday! 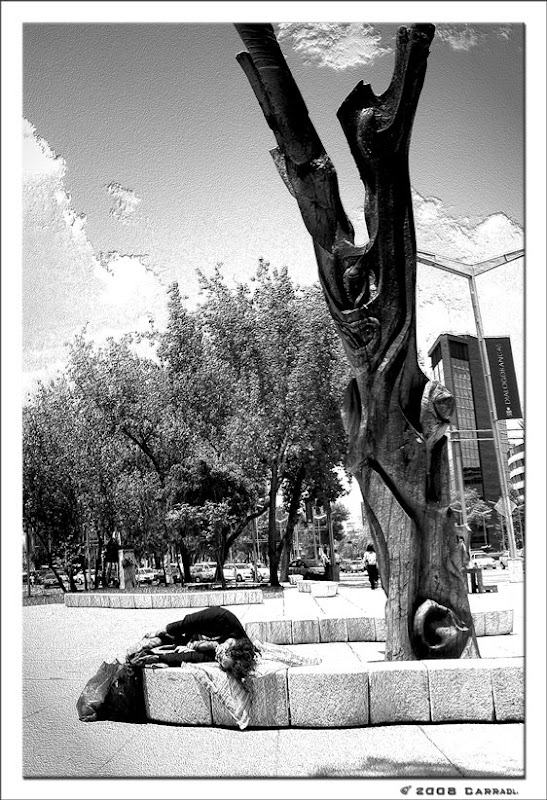 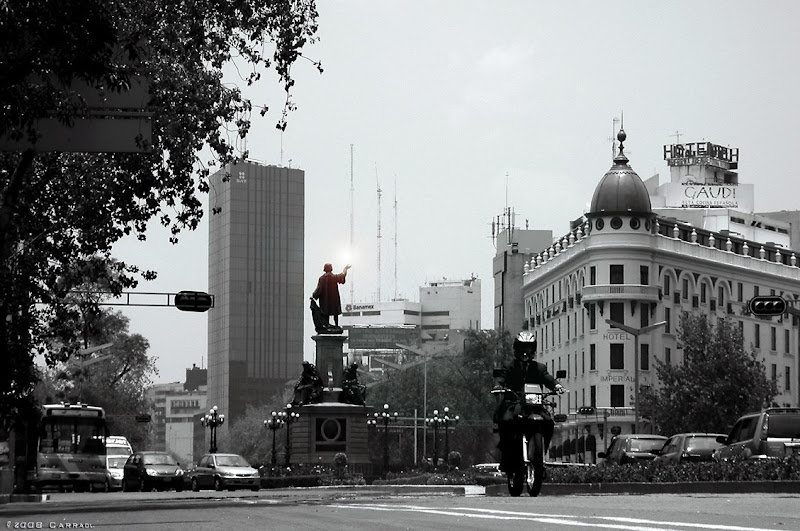 Monument to Christopher Columbus (bt. August and October 1451 – May 20, 1506) was a navigator, colonizer, and explorer whose voyages across the Atlantic Ocean led to general European awareness of the Western Hemisphere and of the American continents within. Though not the first to reach the Americas from Afro-Eurasia — preceded some five-hundred years by Leif Ericson, and perhaps others — Columbus initiated widespread contact between Europeans and indigenous Americans. With his several hapless attempts at establishing a settlement on the island of Hispaniola, he personally initiated the process of Spanish colonization which foreshadowed general European colonization of the "New World". The term Pre-Columbian is sometimes used to refer to the people and cultures of the Americas before the arrival of Columbus and his European successors. [ Wiki. ] 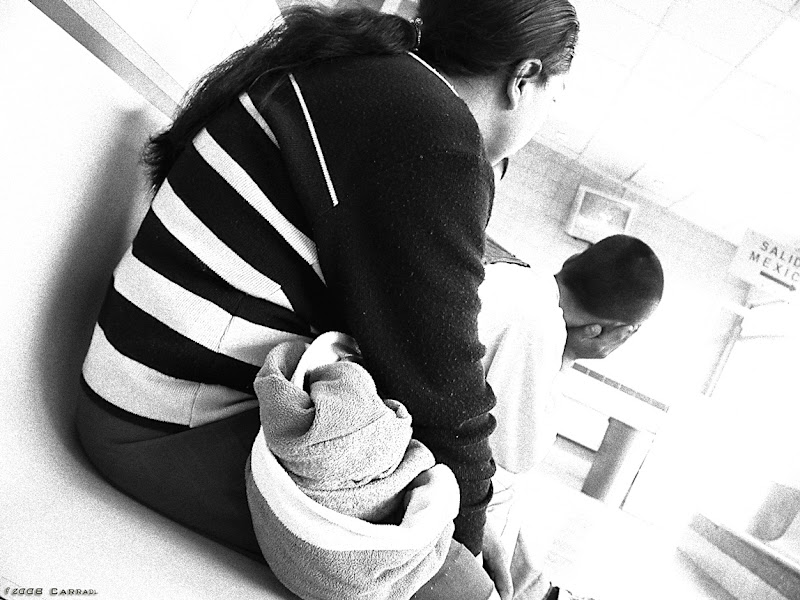 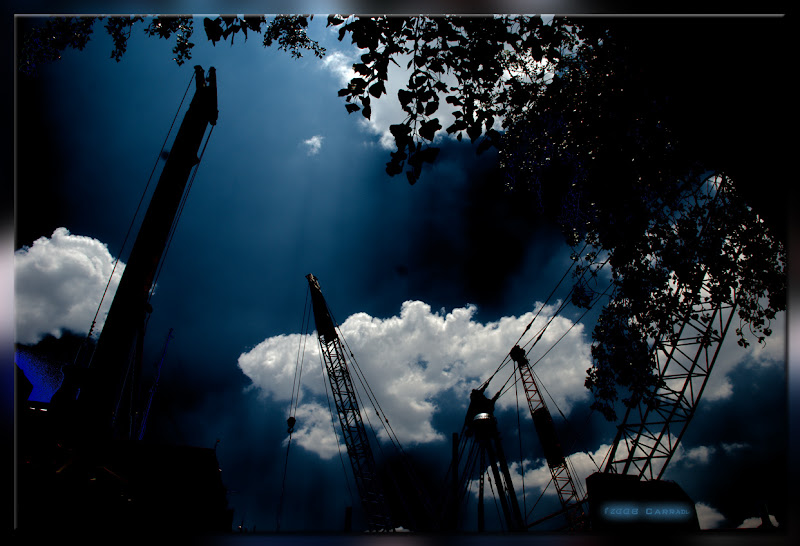 Working on the foundations of the new Senate offices building at Reforma Ave. 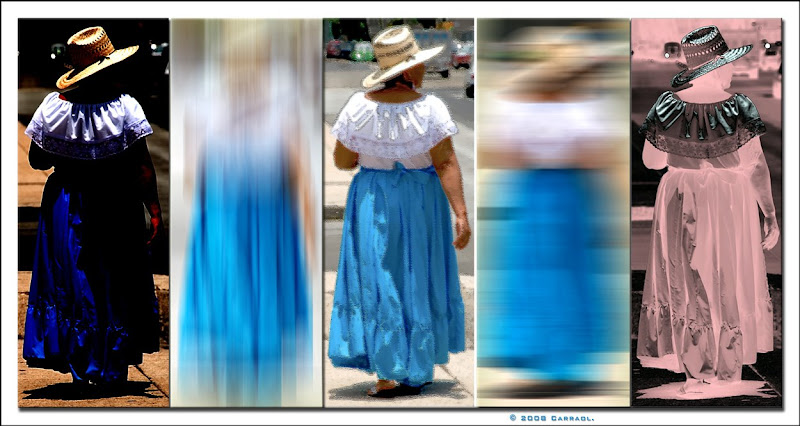 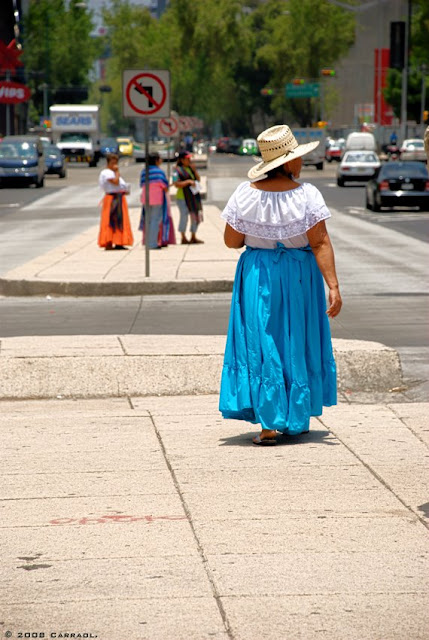 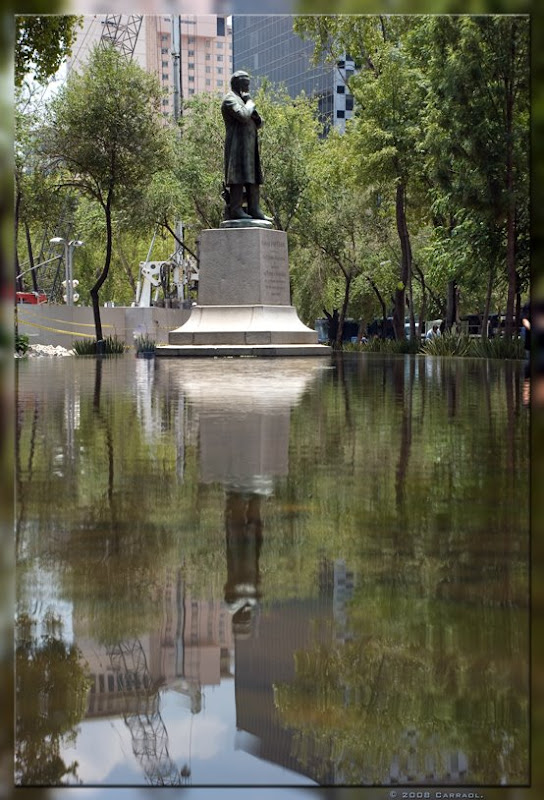 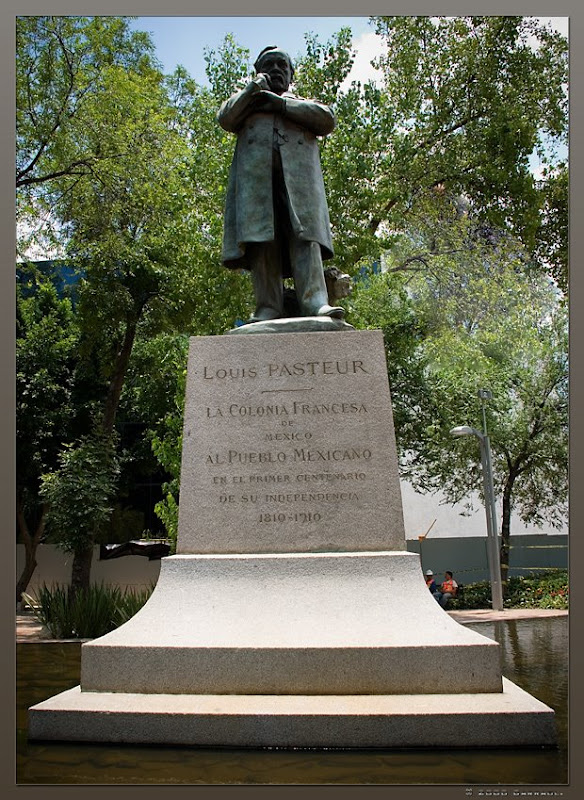 The French Colony of Mexico to the Mexican people in the 1st Centenary of its Independence. 1810-1910.

Louis Pasteur (December 27, 1822 – September 28, 1895) was a French chemist and microbiologist best known for his remarkable breakthroughs in the causes and prevention of disease. His experiments supported the germ theory of disease, also reducing mortality from puerperal fever (childbed), and he created the first vaccine for rabies. He was best known to the general public for inventing a method to stop milk and wine from causing sickness - this process came to be called pasteurization. He is regarded as one of the three main founders of microbiology, together with Ferdinand Cohn and Robert Koch. He also made many discoveries in the field of chemistry, most notably the asymmetry of crystals. [ Wiki. ] 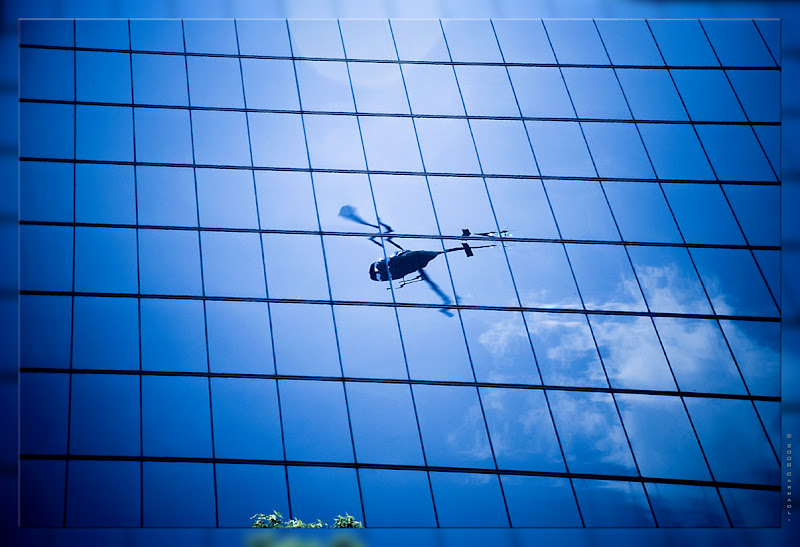 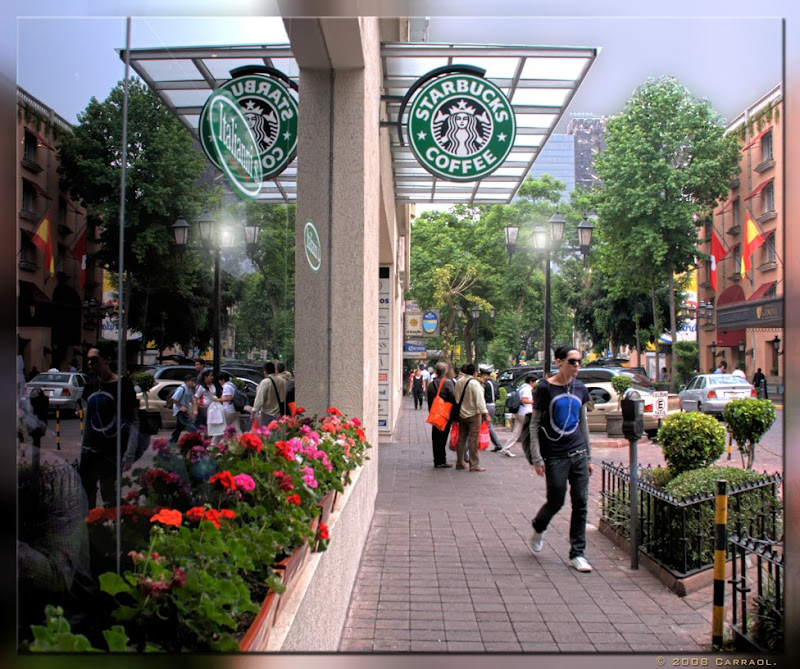 During more than twenty years, the so-callled Zona Rosa has been an excellent area to stay and go shopping. It is conveniently located near the Historical Centre and crossed by Reforma avenue, which is the main commercial and financial axis of the city. During 1967, a year clearly marked by the restlessness of the decade, a certain area of the Juarez neighborhood was named the Pink Zone; neither red nor white, but certainly Bohemian and recently renovated to appease the tastes of modern youth. Its elegant hideaways inherited the glamour of bygone times, and it seemed almost as if, in honor of the names of its streets, it had been transplanted from Old Europe. Today the Pink Zone continues to undergo changes: new boutiques, bars and discotheques have expanded the choices available to those patrons who populate the area in search of entertainment or survival. Thus, beggars, discotheque hawkers, yuppies, foreign tourists, nocturnal rodents, revellers, druggies, ladies out shopping and business men blend together at any time of the day or night with the muted colors of the cobble stones, walls and buildings in their quest for the much desired Vie en Rose.
Guia Virtual de la Ciudad de Mexico

On The Road Again 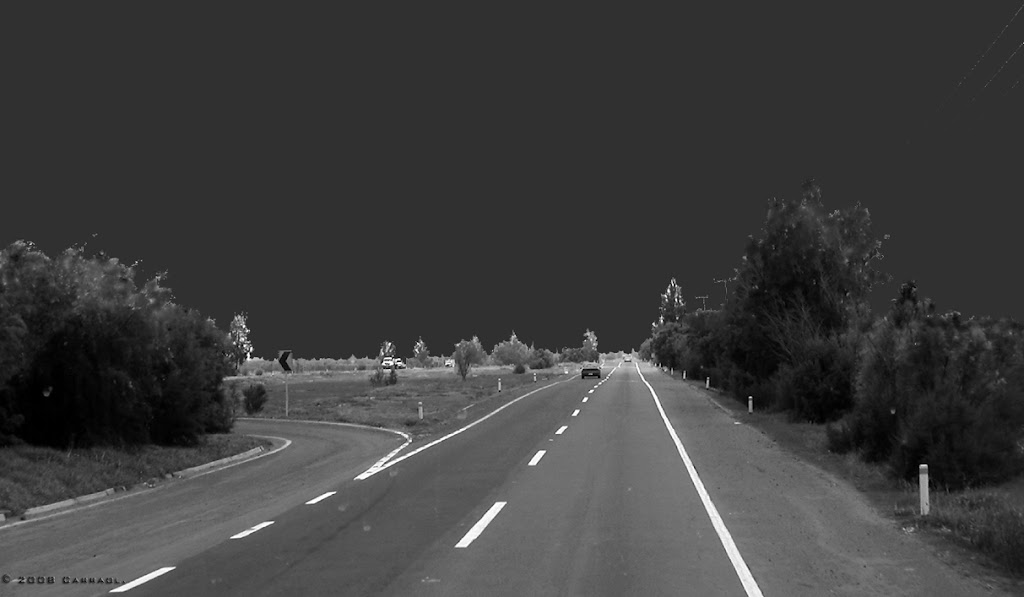 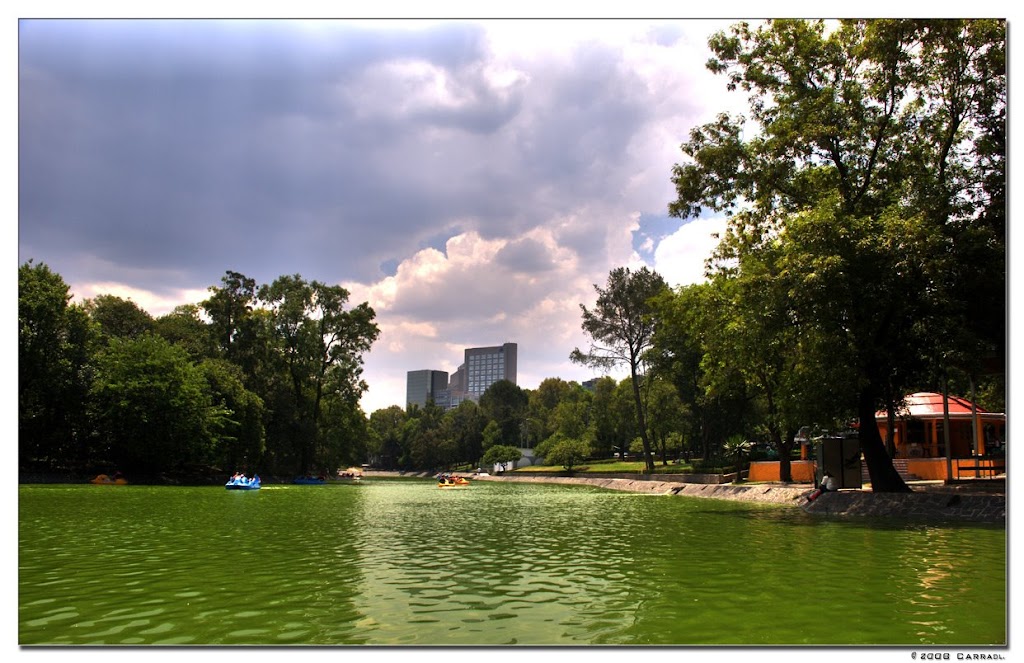 A Night For Love 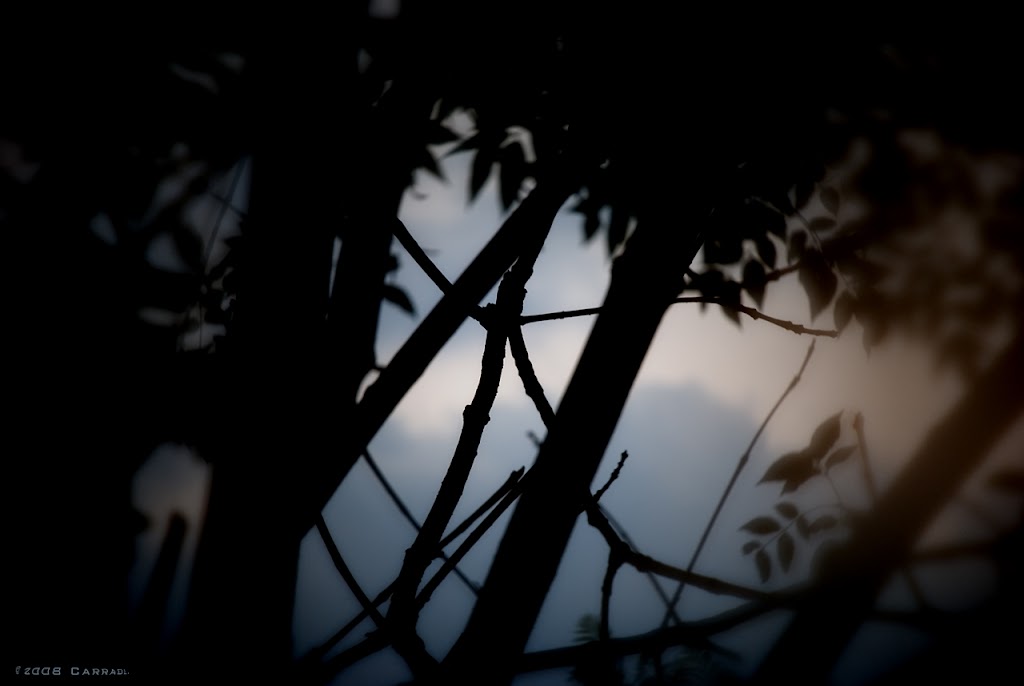 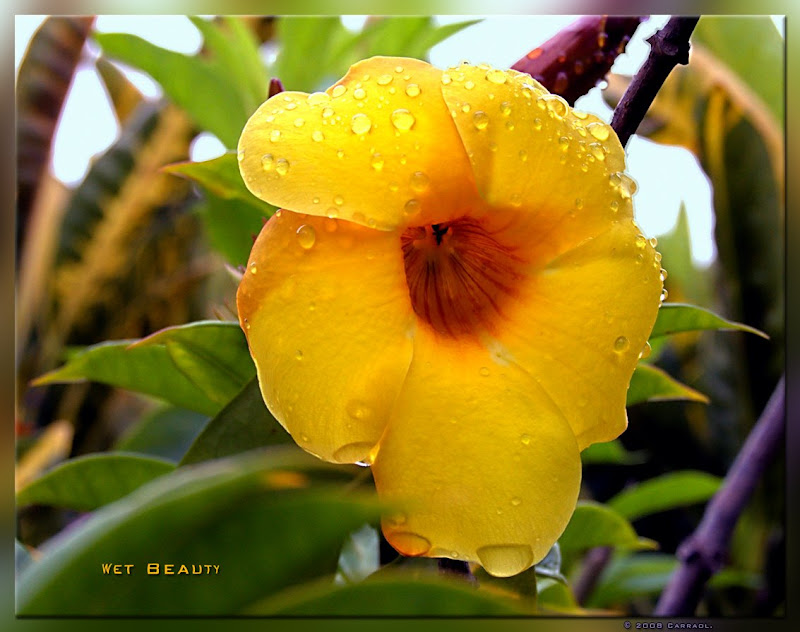 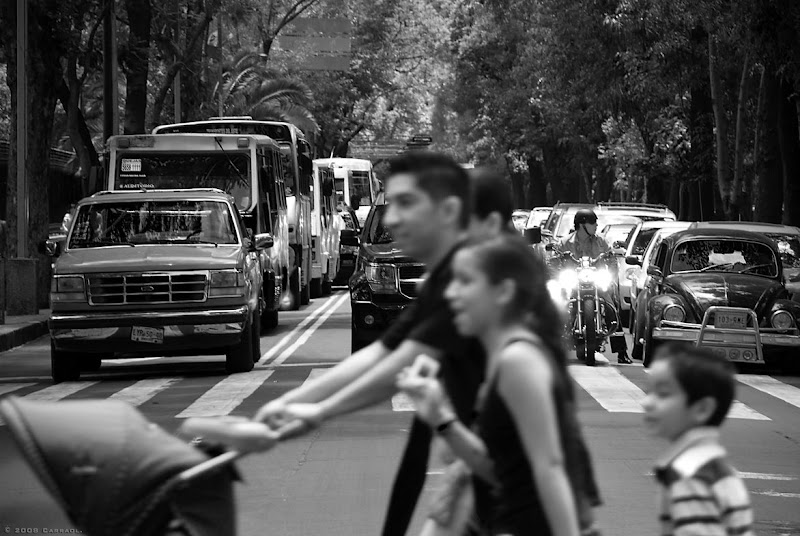 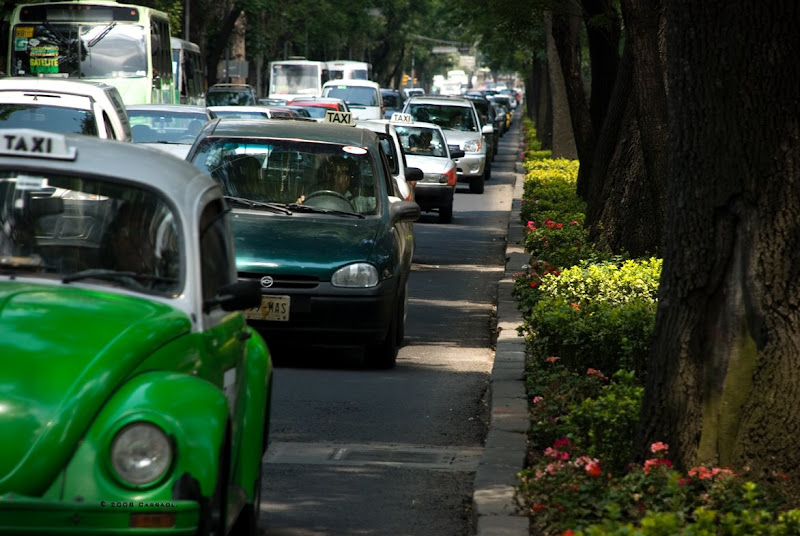 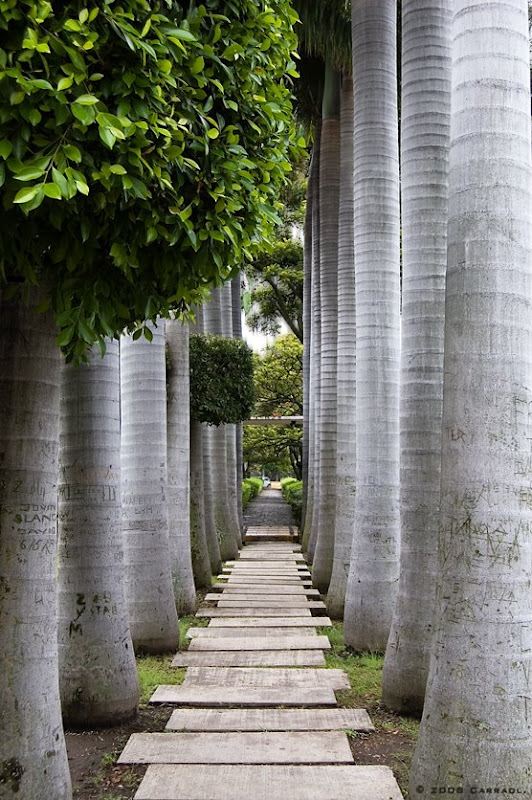 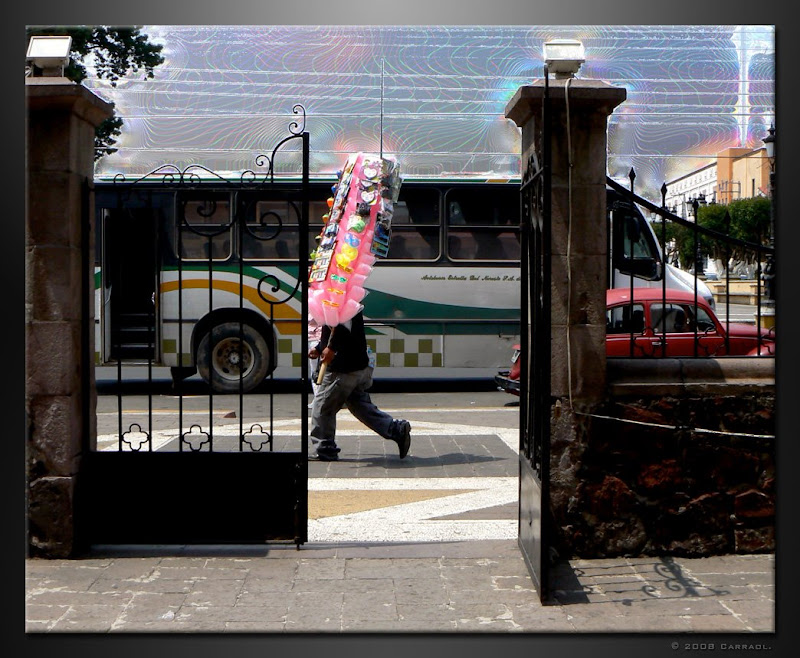 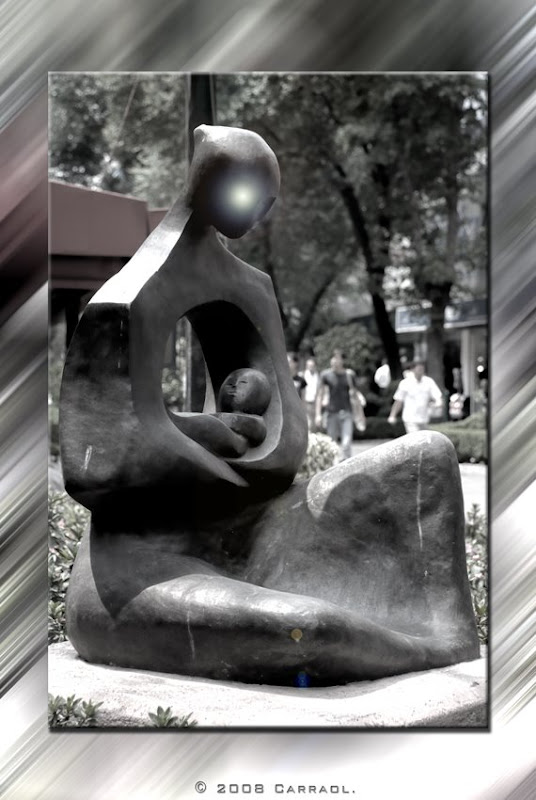 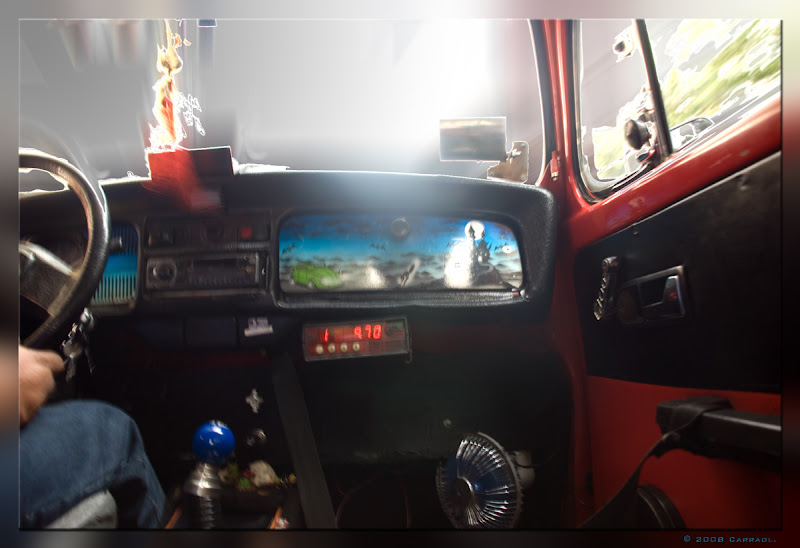 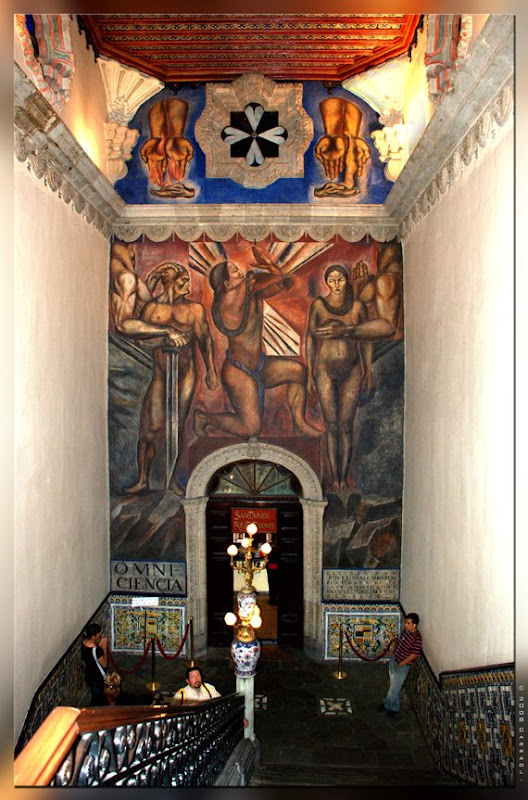 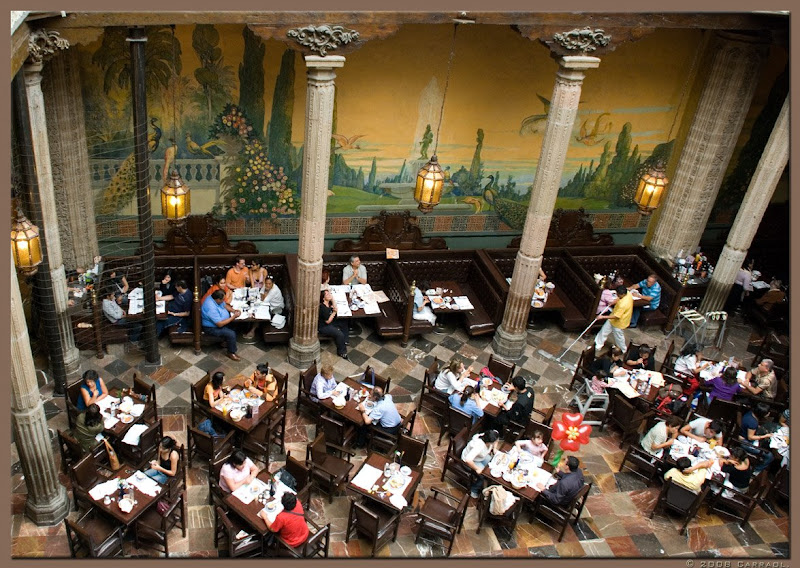 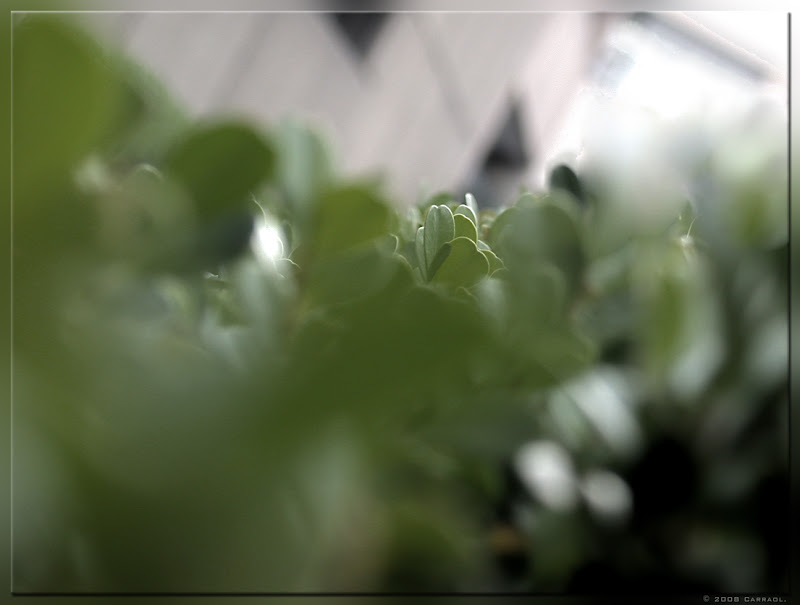 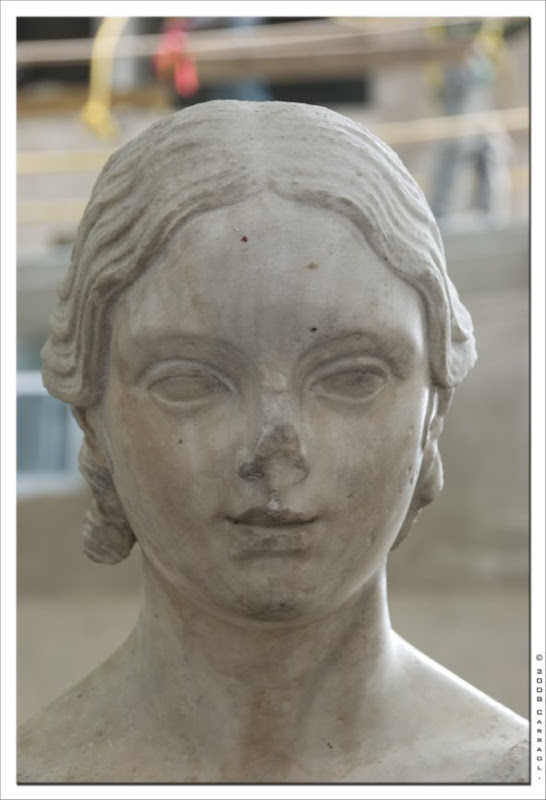 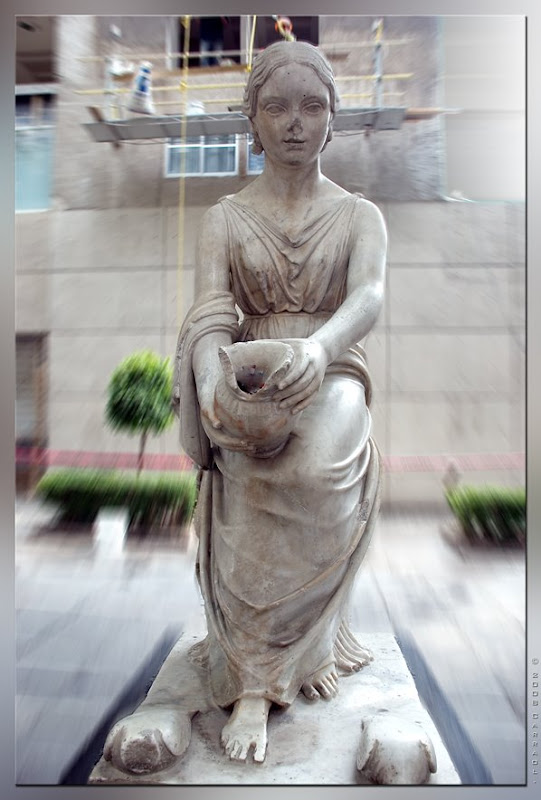 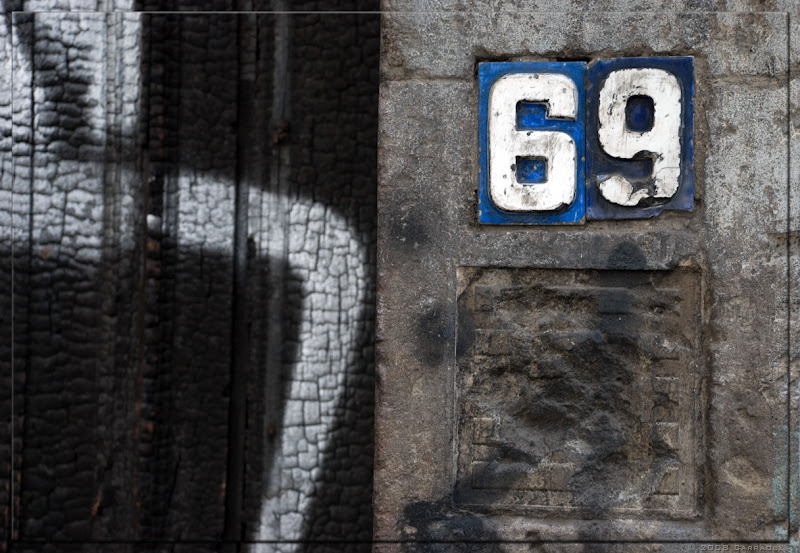 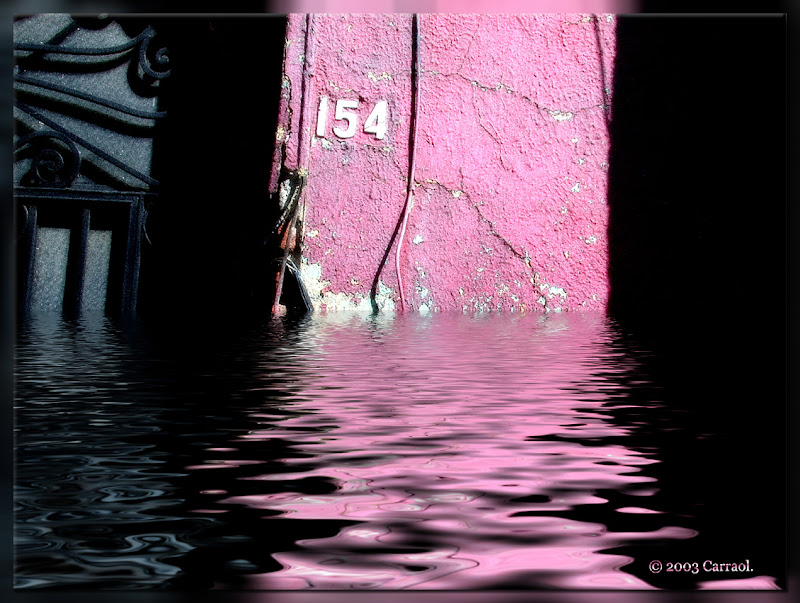 There are curruently 181 blogs participating in this theme day: