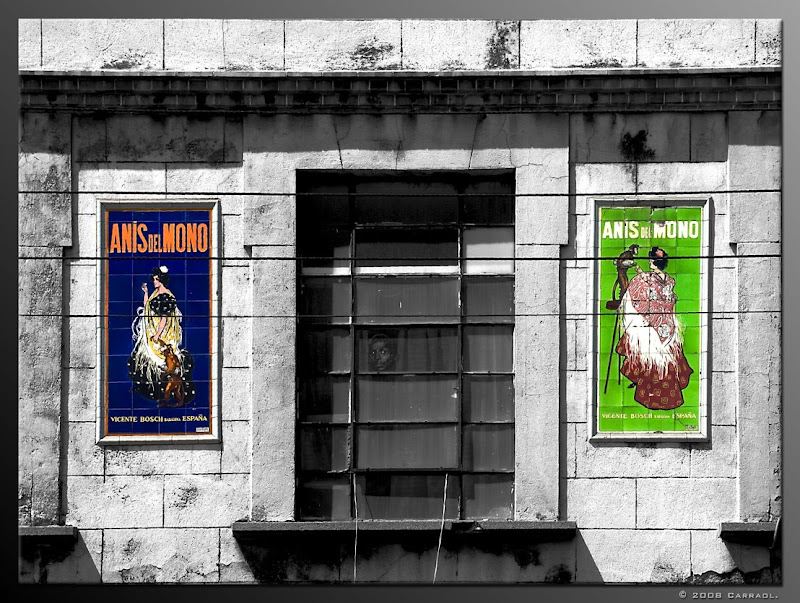 Old signs of the famous spanish liquor Anis del Mono. [ Del Mono anisette is an anis-anisette from Spain with a particular story. The Catalan business man Vicente Bosch owned an anisette distillery and various merchant vessels. In one of voyages, they brought him a monkey from America that later lived in the distillery. By the end of the XIX century that distillery was known as "the distillery of the monkey" and their anis-anisette as "anis-anisette of the monkey". Some time later, they decided to put a picture of the body of the monkey with the face of Vicente Bosch as the logo on the bottle. Del Mono is considered to be the finest anis-anisette from Spain, is a very sweet, colorless, liquor made from anise seed and tasting of licorice, is sweeter than most anise-flavored liquors and has an intense and pleasing aroma ]

I love the patterns of the dresses of the woman in the posters! And your story. Thank you for that. I've never tried anis-anisette, but now I want to because of your description.

Hilda, thanks for visiting and for your comment. Tony y Natalia, muchas gracias por su visita.