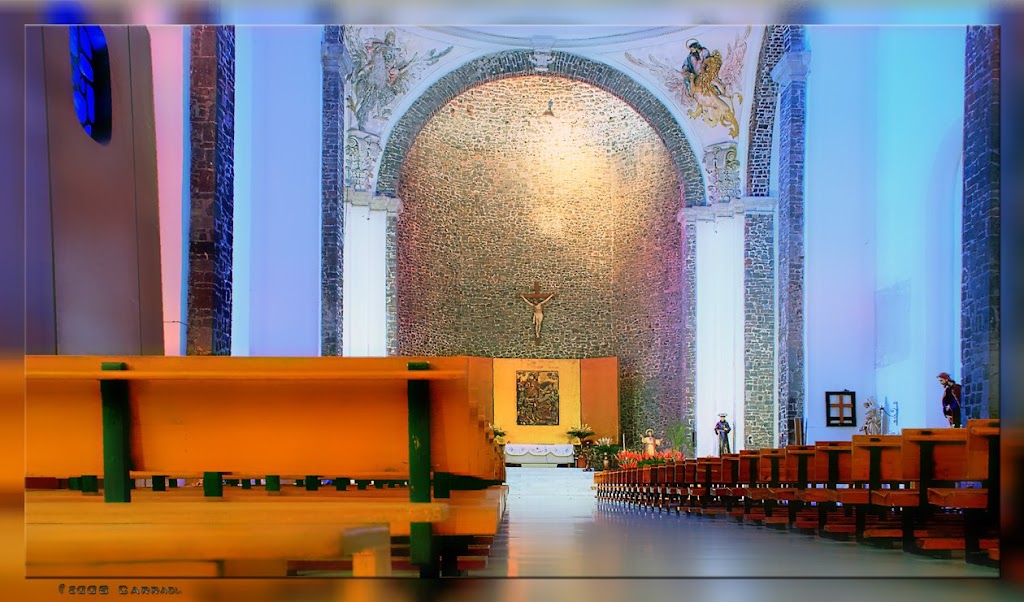 Catholic church of Santiago Tlatelolco (1525) on The Plaza de las Tres Culturas ("Square of the Three Cultures") is the main square within the Tlatelolco neighbourhood of Mexico City, it contains the remains of Aztec temples and is flanked by this church and a massive housing complex built in 1964. The former headquarters of the Secretariat of Foreign Affairs (Foreign ministry) also stands on the southern edge of the square. This headquarters now are a memorial museum called "Memorial 68" to remember the 1968 Mexican student demonstrations and the Tlatelolco Massacre victims and survivors. The name "Three Cultures" is in recognition of the three periods of Mexican history reflected by those buildings: pre-Columbian, Spanish colonial, and the independent modern nation. [ Wiki ] 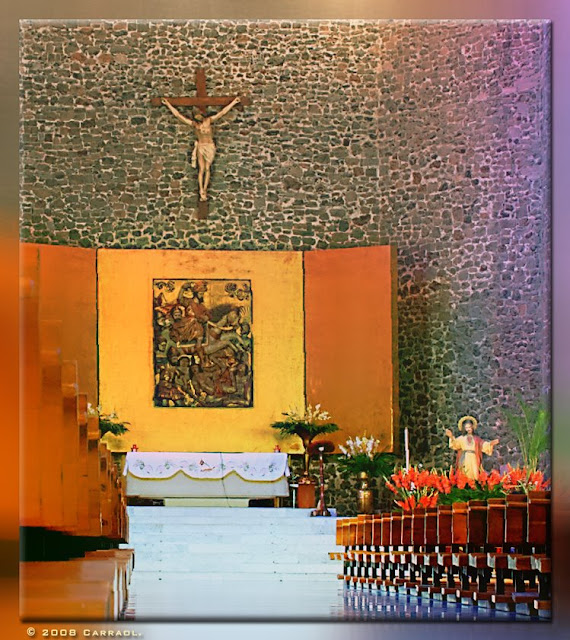 I like the pov on first shot. I bet there are many ancient churches in Mexico. This one's impressive just like abe said.

I cannot even begin to imagine how much work went into making that stone wall.

Photo Cache, Ann, Mr. Lincoln, thank you very much for stopping by.

Your photos are great. I like the strong colours which one can preceive also in the b&w photos! Bravo!

Blognote, thank very much for your commment.

You do a great work!