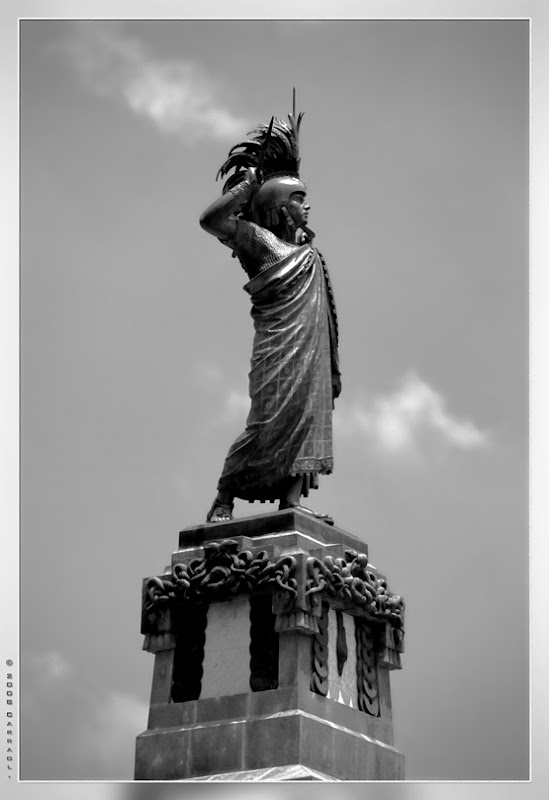 On August 13, 1521, Cuauhtémoc went to call for reinforcements from the countryside to aid the falling Tenochtitlán, after eighty days straight of urban warfare against the Spanish. Of all the Nahuas, only Tlatelolcas remained loyal, and the surviving Tenochcas looked for refuge in Tlatelolco where even women took part in the battle. Cuauhtémoc was captured while crossing Lake Texcoco in disguise. He surrendered to Hernán Cortés along with the surviving pipiltin (nobles), and offered him his knife and asked to be killed. At first, Cortés treated his foe chivalrously. "A Spaniard knows how to respect valor even in an enemy," he declared. However, he allowed Aldrete, the royal treasurer, to have Cuauhtemoc tortured to make him reveal the whereabouts of hidden treasure. Cuauhtémoc, insisting that there was no hidden treasure, stood up under the ordeal. [ Wiki. ]

I love your photography. I think you know that.

I also know this story very well as I did a book about the cruelty inflicted upon the people by the Spanish and in those days, Catholics were the worst because nobody exceeded them in their cruelty. It is a sad story without any merit.