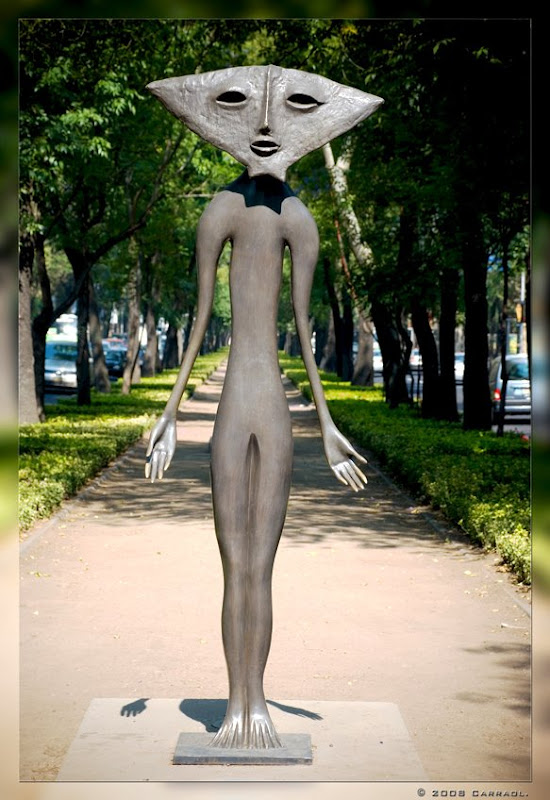 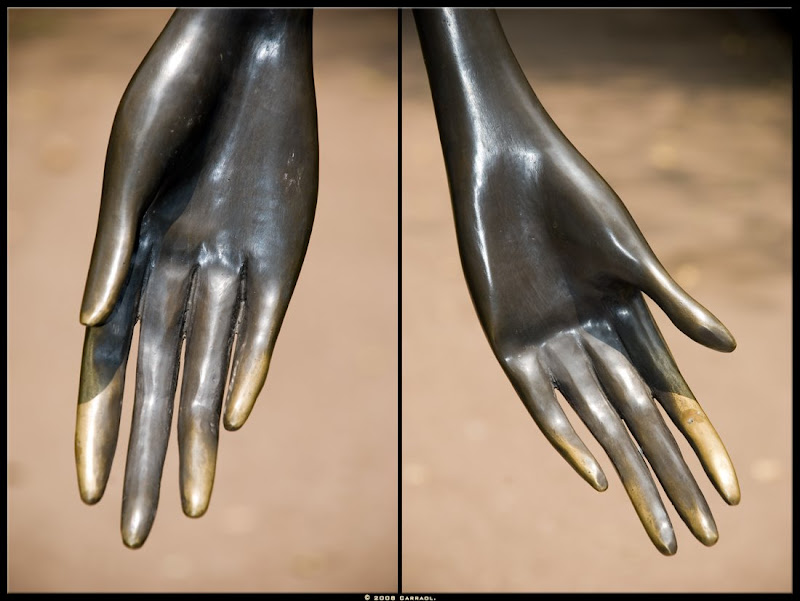 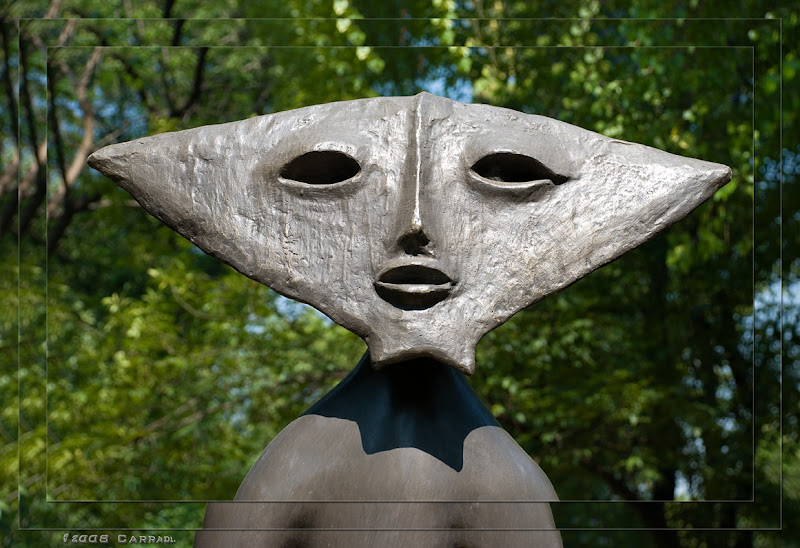 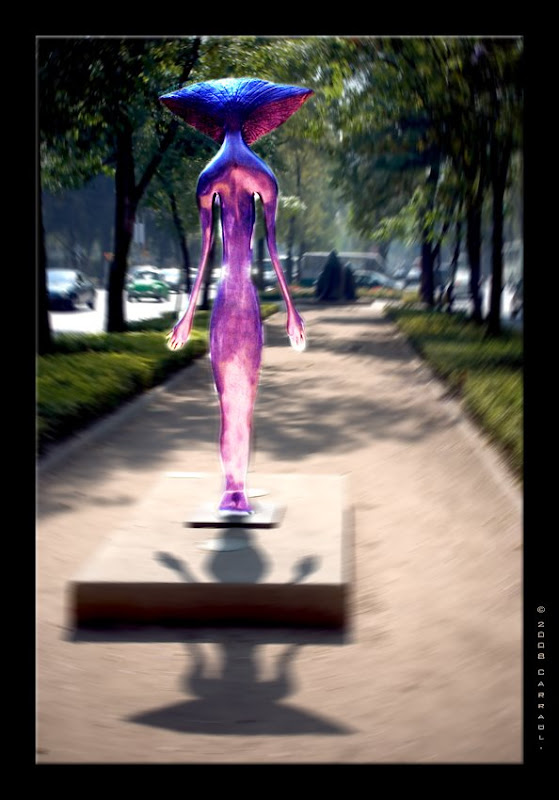 From her exhibition on Paseo de la Reforma Ave:
Mariposa Mantarraya / Butterfly Manta ray. Bronze 2007 by Leonora Carrington. One of Britain's finest - and neglected – surrealists.
Her importance, lies partly in that she - along with artists such as Leonor Fini and Remedios Varo - opened up a new, and more female, strand of surrealism: in Mexico, Leonora and Varo dabbled in alchemy and the occult, and the work of both was rooted for a time in the magical and domestic elements of women's lives. "One of the extraordinary aspects of Leonora's work is how she draws on so many different inspirations, from the Celtic legends she learned from her nanny, through the constraints of her upper-class upbringing, to the surrealism of Paris in the 1930s - and then to the magic of Mexico," "Her work is evocative of so many things, and it's enormously complex: she hasn't had a massive output because her technique is so meticulous and the work so detailed. She certainly wasn't a Picasso who could churn out several pictures a day; her work would take many months, even years."

I wonder why she went wild on the head. It is filled with pits and scars and is as rough as a man who works with bricks;p but the rest is smooth as silk?

Amazing sculture and photos.
Thank you for showing this.