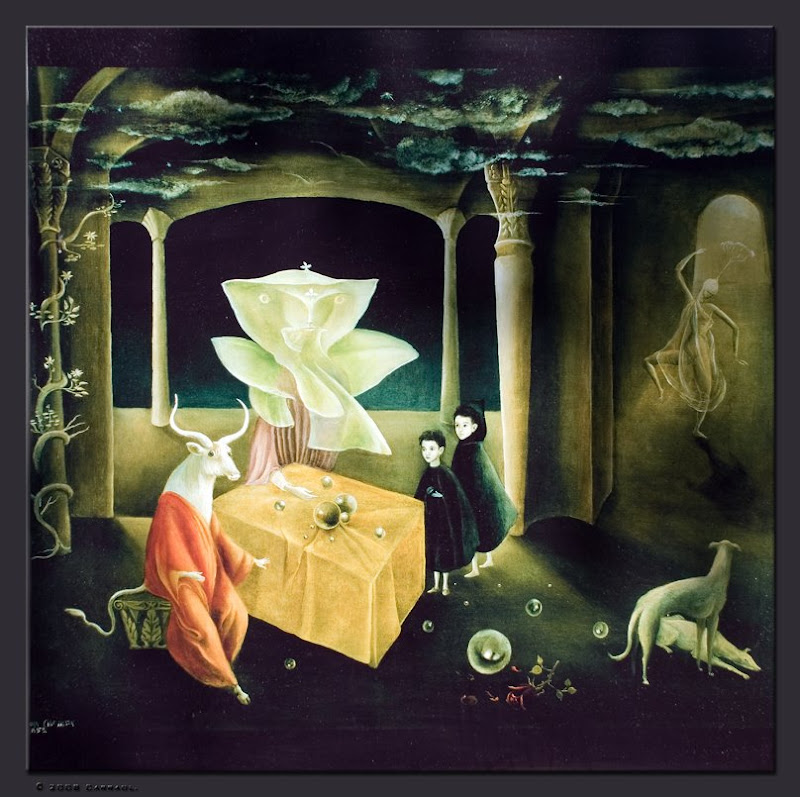 "Entonces vimos a la hija del Minotauro" / "And Then, We Saw The Daughter of The Minotaur" Oleo / Oil 1953 from her exhibition on Paseo de la Reforma Ave. (Main Street)
In Greek mythology, the Minotaur (Greek: Μῑνώταυρος, Mīnṓtauros) was a creature that was part man and part bull. It dwelt at the center of the Labyrinth, which was an elaborate maze-like construction built for King Minos of Crete and designed by the architect Daedalus and his son Icarus who were ordered to build it to hold the Minotaur. The historical site of Knossos is usually identified as the site of the labyrinth. The Minotaur was eventually killed by Theseus.
"Minotaur" is Greek for "Bull of Minos." The bull was known in Crete as Asterion, a name shared with Minos's foster father.

Thank you for showing this artist.

Laurent, thanks to you for visiting.