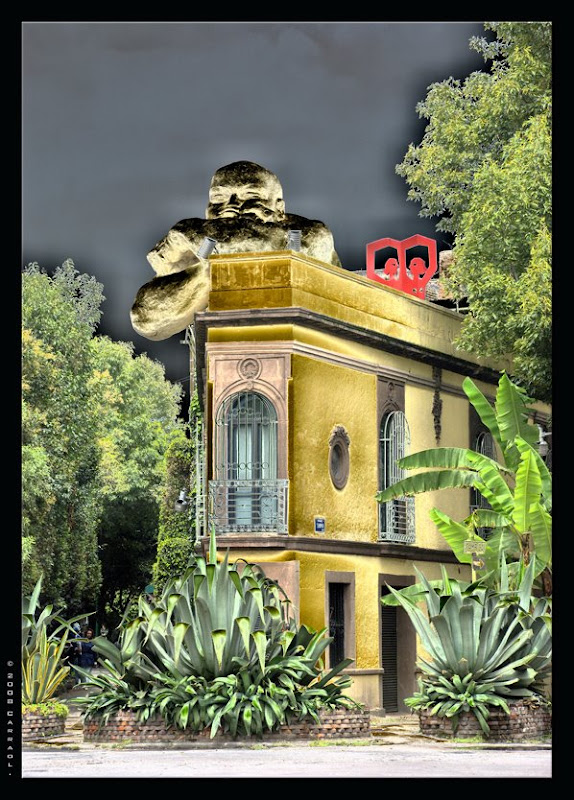 Good Health To You! 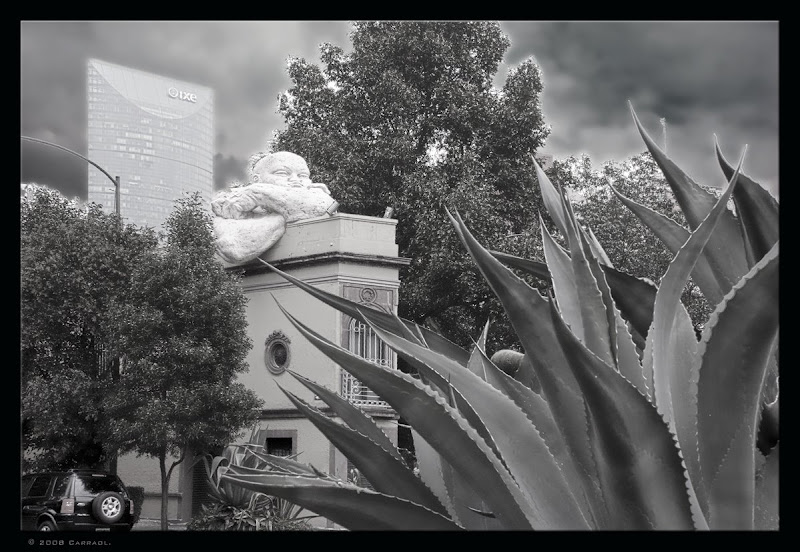 Tina Modotti's House in Mexico City.
Assunta Adelaide Luigia Modotti was a beautiful woman, a minor star of the theater and silent film, and a political radical. She was born in Italy in 1896 and lived in San Francisco and Hollywood, then in Mexico City of the 1920s and in Berlin of the early 1930s.

For a brief seven years, Tina Modotti, as she is known, also was a fine-art photographer. She made still lifes appear as political symbols and flesh-and-blood women seem to be emblematic monuments.

But when she had to choose between art and devotion to the communist cause, she chose the cause. "I cannot solve the problem of life by losing myself in the problem of art,"she wrote.
First, though, she produced a visual legacy of beauty and strength.

Some have suggested that Modotti was introduced to photography as a young girl in Italy, where her uncle, Pietro Modotti, maintained a photography studio. Later in the U.S., her father briefly ran a similar studio in San Francisco. However, it was through her relationship with Edward Weston that Modotti rapidly developed as an important fine art photographer and documentarian. Mexican photographer Manuel Alvarez Bravo divided Modotti’s career as a photographer into two distinct categories: "Romantic" and "Revolutionary." The former period includes her time spent as Weston’s darkroom assistant, office manager and, finally, creative partner. Together they opened a portrait studio in Mexico City and were commissioned to travel around Mexico taking photographs for Anita Brenner’s book, "Idols Behind Altars."

In Mexico, Modotti found a community of cultural and political avant guardists. She became the photographer of choice for the blossoming Mexican mural movement, documenting the works of José Clemente Orozco and Diego Rivera. Her visual vocabulary matured during this period, such as her formal experiments with architectural interiors, flowers and urban landscapes, and especially in her many lyrical images of peasants and workers. Indeed, her one-woman retrospective exhibition at the National Library in December 1929 was advertised as "The First Revolutionary Photographic Exhibition In Mexico." She had reached a high point in her career as a photographer, but within the next year she was forced to set her camera aside in favor of more pressing concerns.
[ Wiki ]

Posted by Carraol at Wednesday, September 10, 2008