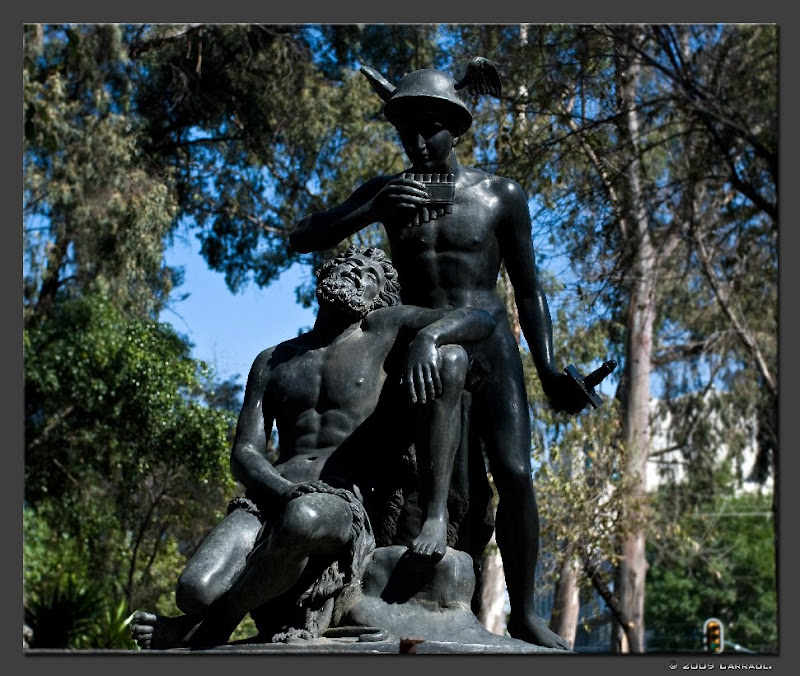 Argus was Hera's servant. His great service to the Olympian pantheon was to slay the chthonic serpent-legged monster Echidna as she slept in her cave. Hera's defining task for Argus was to guard the white heifer Io from Zeus, keeping her chained to the sacred olive tree at the Argive Heraion. She charged him to "Tether this cow safely to an olive-tree at Nemea". Hera knew that the heifer was in reality Io, one of the many nymphs Zeus was coupling with to establish a new order. To free Io, Zeus had Argus slain by Hermes. Hermes, disguised as a shepherd, first put all of Argus's eyes asleep with spoken charms, then slew him by hitting him with a stone, the first stain of bloodshed among the new generation of gods.