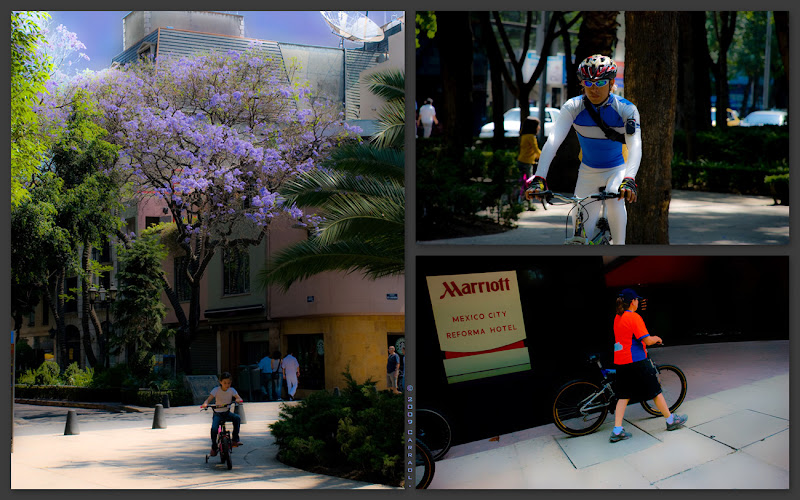 Every Sunday morning, some of the biggest streets in car-flooded Mexico City are handed over to bicyclists, who roll in by the tens of thousands. Joining them are skateboarders, Rollerbladers, toddlers on push toys and parents behind strollers in what has become a weekly festival on (small) wheels.

The leftist government of Mayor Marcelo Ebrard launched the program in 2007, barring cars, trucks and buses from the regal Paseo de la Reforma and other streets around historic downtown.
music+image

We have something a bit like that in Paris too! What's that gorgeous blue tree?

Sounds like a good idea - traffic free is great in city centres..

this is wonderful. The tree is just gorgeous!

Many Thanks for visiting, you are so kind. Its a jacaranda tree, in many parts of the world, such as Mexico and Zimbabwe, the blooming of this tree is welcomed as a sign of spring.