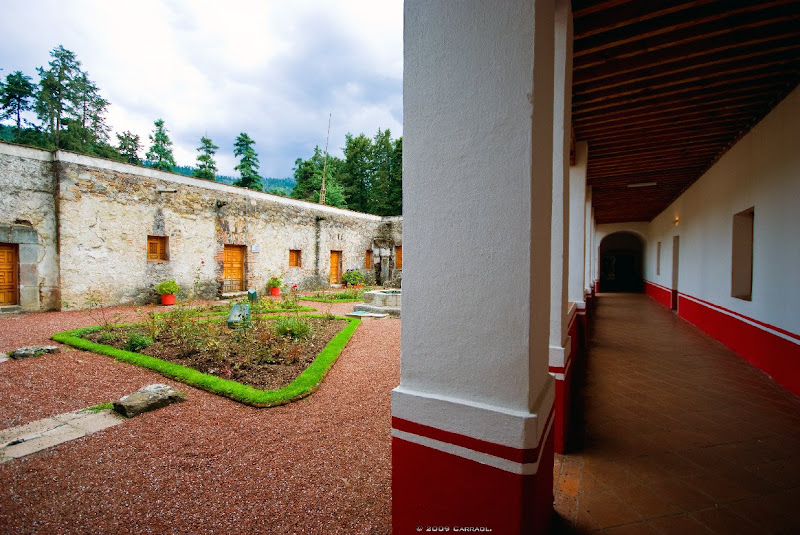 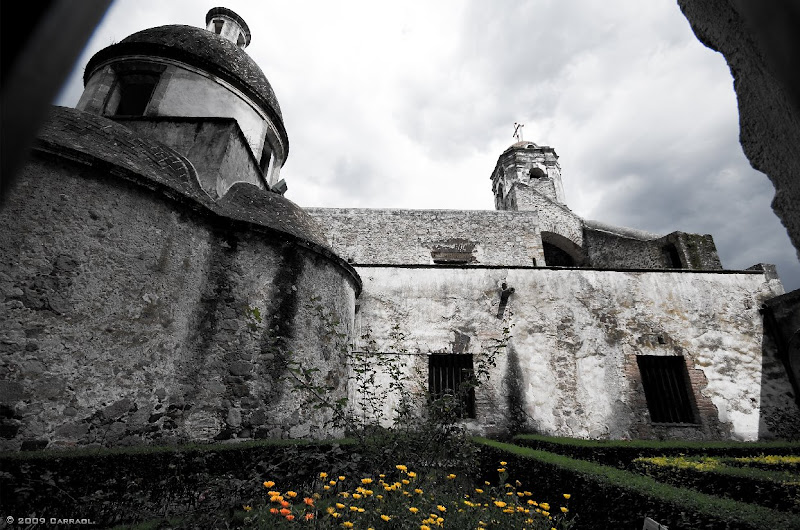 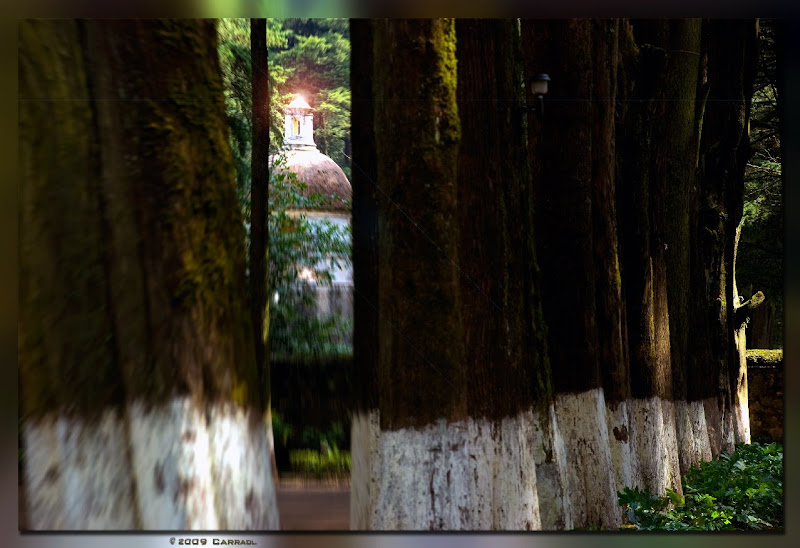 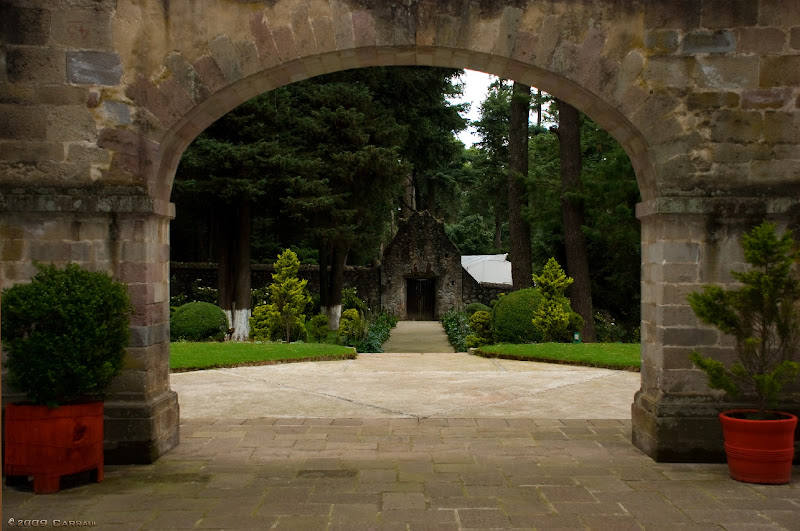 The Desierto de los Leones (Desert of the Lions) National Park is located entirely within the limits of the Federal District, it is located in the Sierra de las Cruces mountain range west of the city center with an area of 1,867 hectares, representing fifteen percent of the entire Valley of Mexico. The area was used as a retreat for a religious group, thus the name Desierto (Desert) means not "arid place", but not populated. The "Leones" part of the name does not refer to the animals, but rather to the original landlord's lastname.

The park's altitude varies between 2,600 and 3,700 meters above sea level, giving the area a relatively cold and damp climate. It is a forested area primarily with pines, oyamel firs and holm oaks with many brooks, ravines and waterfalls. The park is considered to be the oldest protected biosphere in Mexico. It was originally declared a forest reserve in 1876 by President Lerdo de Tejada with the intent of conserving its fresh water springs to supply Mexico City. It was later declared a national park on 27 November, 1917, by President Venustiano Carranza.

The name of the park, Desierto de los Leones (Desert of the Lions) largely comes from the Carmelite monastery situated just north of its center. Carmelite monks called their residences “deserts” because they served as isolation from the mundane world. The monastery’s original name was Santo Desierto de Nuestra Señora del Carmen de los Montes de Santa Fe.
The monastery was built in the very early 17th century for a group of Carmelite monks who came from Italy to evangelize the Native Americans. The first stone was laid on 23 January 1606 by then-Viceroy Juan de Mendoza y Luna. It was a relatively simple structure of two stories, with a wood shingle roof, narrow corridors and small rooms called “cells” for the monks to sleep and study in. A 12,570 meter wall was built with only one opening facing the town of Cuajimalpa which still remains.

Outside the main gate of the monastery, just beyond the traces of the walls of the original monastery, is the “Chapel of Secrets.” It has a domed roof and its acoustics allowed monks face into the corner to speak to another monk during the long stretches of imposed silence in the monastery. Surrounding the entire complex is the “Barda de la Excomunicacion” (Wall of Excommunication) named so because supposedly any woman that crossed it was subject to excommunication from the Catholic Church. [Wiki]
music+image

Magnificent monastery photos! Looks like a beautiful place to visit!

Good morning, Carraol! I loved both the first and the last photos especially because they gave me a sense of the monastery. Yesterday I got a strange message indicating that your blog was "blocked" which I hope is not the case since I enjoy visiting you and your visits to me. The info you provided with this post is excellent.

Looks like fantastic place to visit!I like especially the last one with the amazing perspective and the one with the tress, whis is simply beautiful.

I did enjoy my visit to your blog today, Carraol. I like seeing the way it was. I did a lot of research a decade or more ago as I was writing a story about the Native Americans who met the people from Europe for the first time. I think it was the beginning of the end of many American cultures. So it is nice to see there are places where the originals are still around.

It’s so nice site. We love to see more on this site. Keep on updating… MonkAreRee Bali ***