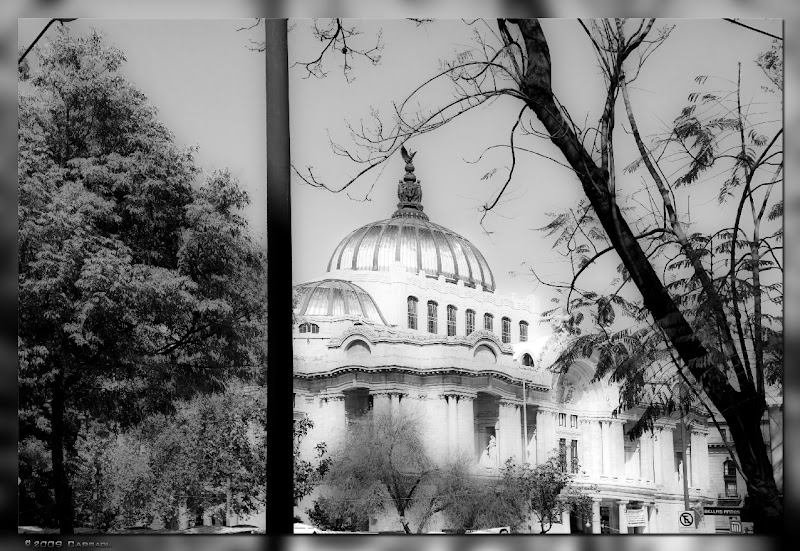 Maria Callas sang in several productions at the Palacio early in her career, and recordings exist of several of her performances here. Other opera greats who have performed and/or sang there include Plácido Domingo, Pavarotti, Kathleen Battle, Kiri Te Kanawa, and Jessye Norman. Most of the world's great orchestras and dance companies have also performed there, including the New York, Vienna, Israel, Moscow, London and Royal Philharmonics; The National Arts Centre Orchestra (Canada); the Philadelphia, Paris, Dresden Staatskapelle, and the French, Spanish and Chinese National Orchestras; the Montreal and Dallas Symphonies; the American Ballet Theatre, the English National Ballet, the Australian National Ballet, the Bolshoi and Kirov Ballets; among others. [Wiki]
music+image

Apologies for not being very responsive lately due my work load. Please be sure that I read each and every one of your kind comments and I appreciate them all. Stay tune.
Posted by Carraol at Sunday, July 19, 2009

What a beautiful building - well worth a visit! I like your music with your blog!

This is a nice post in black and white and I liked the words that went with it.

Your visit will count and help me Make History. Pick a Peck of Pixels

The building is really great. I like it black and white.

I love this photo of the Palace of Fine Arts! Bellisimo!!!