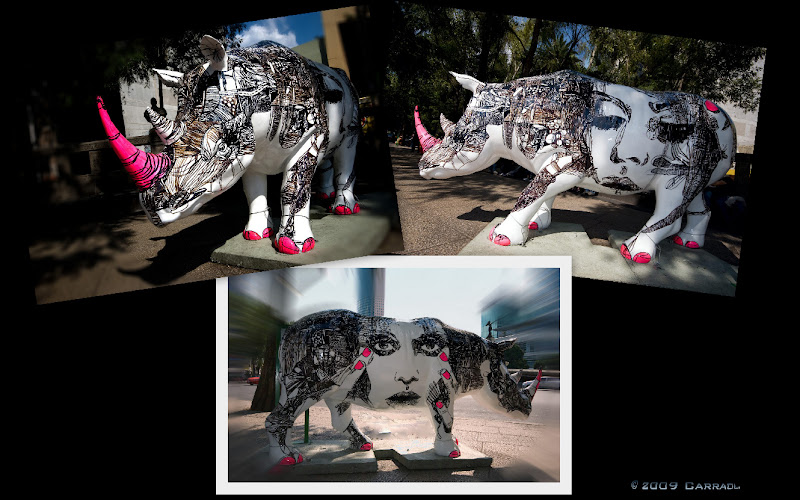 The White Rhinoceros or Square-lipped rhinoceros (Ceratotherium simum) is one of the five species of rhinoceros that still exist and is one of the few megafaunal species left. It has a wide mouth used for grazing and is the most social of all rhino species. The White Rhino is the most common of all rhinos and consists of two subspecies: the Southern White Rhino, with an estimated 17,480 wild-living animals at the end of 2007 (IUCN 2008), and the much rarer Northern White Rhino. The northern subspecies may have as few as 12 remaining world-wide - 8 captive and 4 wild - although the wild population has not been seen since 2006 and may have disappeared entirely.
music+image

Apologies for not being very responsive lately due my work load. Please be sure that I read each and every one of your kind comments and I appreciate them all. Stay tune.
Posted by Carraol at Thursday, August 06, 2009

I've only seen one. They are magnificent.