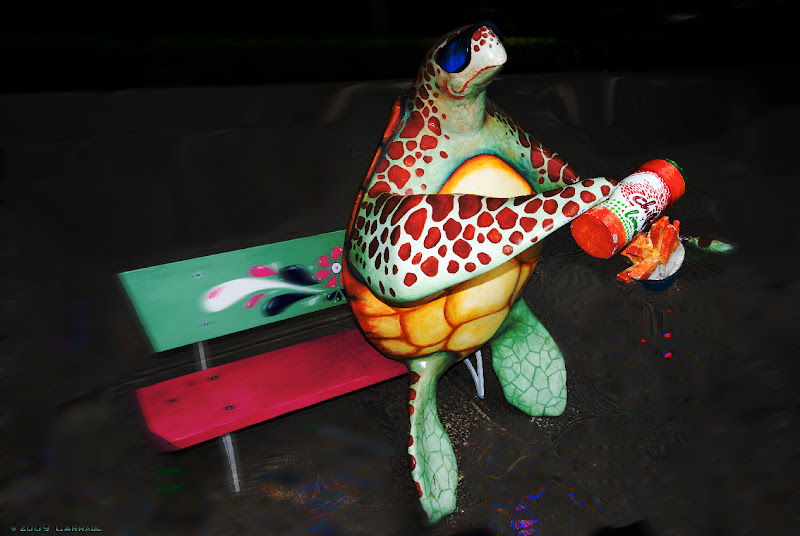 Endangered species
An endangered species is a population of organisms which is at risk of becoming extinct because it is either few in numbers, or threatened by changing environmental or predation parameters. The International Union for Conservation of Nature (IUCN) has calculated the percentage of endangered species as 40 percent of all organisms based on the sample of species that have been evaluated through 2006. Many nations have laws offering protection to conservation reliant species: for example, forbidding hunting, restricting land development or creating preserves. Only a few of the many species at risk of extinction actually make it to the lists and obtain legal protection. Many more species become extinct, or potentially will become extinct, without gaining public notice.

Apologies for not being very responsive lately due my work load. Please be sure that I read each and every one of your kind comments and I appreciate them all. Stay tune.
Posted by Carraol at Tuesday, August 04, 2009

I am surprised man is so high on the pole considering he is the one contributing to the decline of most of the others.

Funny that the turtle!

Very nice way to remind us that turtles are endangered.

Turtles are seldom see around here where we live. It used to be that they were all around but no more. It is sad.