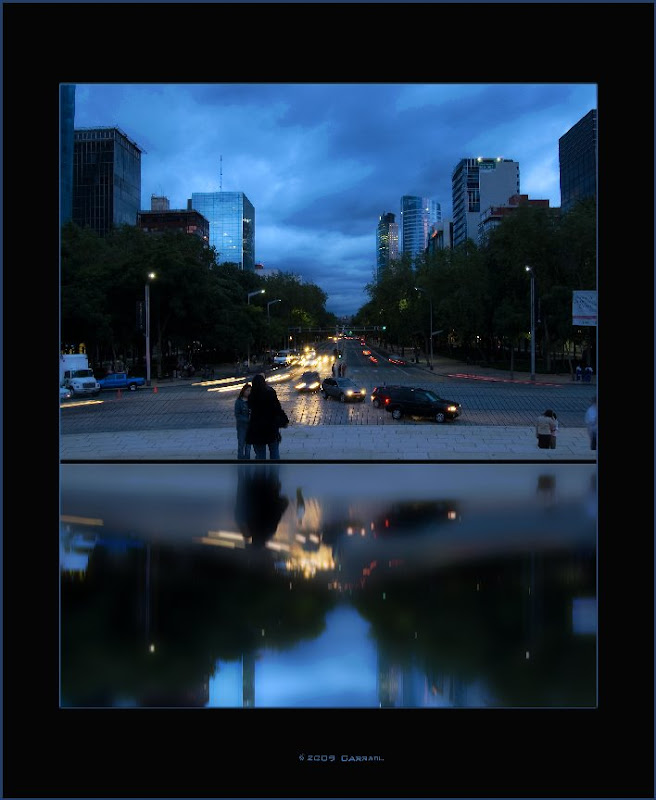 Mexico City (Ciudad de México, D. F. (for Distrito Federal), is the capital city of Mexico. It is the economic, industrial, and cultural center in the country, and the most populous city, with about 8,836,045 inhabitants in 2008. Greater Mexico City (Zona Metropolitana del Valle de México) incorporates 59 adjacent municipalities of Mexico State and 29 municipalities of the state of Hidalgo, according to the most recent definition agreed upon by the federal and state governments. Greater Mexico City has a population exceeding 19 million people, making it the second largest metropolitan area in the western hemisphere and the third largest in the world by population according to the United Nations.

Mexico City is according to a study conducted by PricewaterhouseCoopers, Greater Mexico City, with a population of 19.2 million, had a GDP of $315 billion in 2005 at purchasing power parity, an urban agglomeration with the eighth highest GDP in the world after the greater areas of Tokyo, New York, Los Angeles, Chicago, Paris, London and Osaka/Kobe, and the highest in Latin America. In 2020, it is expected to rank seventh with a $608 billion GDP, displacing Osaka/Kobe.

Mexico City is located in the Valley of Mexico, also called the Valley of Anáhuac, a large valley in the high plateaus at the center of Mexico, at an altitude of 2,240 meters (7,349 ft). The city was originally built as Tenochtitlan by the Aztecs in 1325 on an island of Lake Texcoco. It was almost completely destroyed in the siege of 1521, and was subsequently redesigned and rebuilt in accordance with the Spanish urban standards. In 1524 the municipality of Mexico City was established, known as México Tenustitlán, and as of 1585 it is officially known as Ciudad de México.

Apologies for not being very responsive lately due my work load. Please be sure that I read each and every one of your kind comments and I appreciate them all. Stay tune.
Posted by Carraol at Saturday, August 01, 2009

This great country has produced a wonderful artist in you.

Two fabulous photographs.That long vista with the lights, the perfectly positioned couple and then their reflection and everything else reflection. So beautiful. Bravo. I think I love the abstract quality of the second photo even more.

Your original shot is so clear and so well composed. I like the position of the couple and the boulevarde stretchiing out before them. Then I admire your processing skills where I think you have flipped the image upsidedown, added a blur and perfectly joined them together to make the viewer think they are looking out of window. Wonderful wonderful work ...

I have learnt so much from your photography and your skills. Thank you for sharing.

Wonderful night shot. I would love to visit your city one day.

as always, gorgeous. what a wonderful reflection and night shot

The top photo is beautiful. Cheers!