Union Square (In the background the Empire State Building) 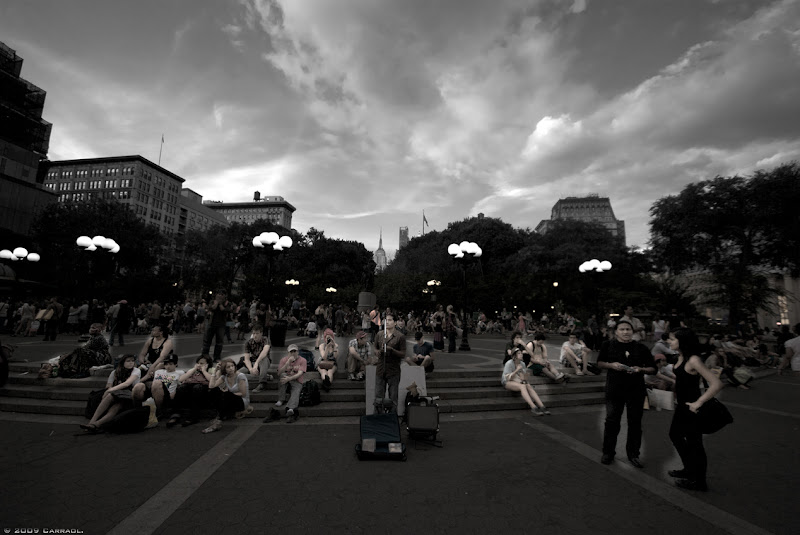 Union Square is an important and historic intersection in New York City, located where Broadway and the former Bowery Road now 4th Avenue, came together in the early 19th century; its name celebrates neither the federal union nor labor unions but rather denotes the fact that "here was the union of the two principal thoroughfares of the island" and the confluence of several trolley lines, as in the term "union station." Today it is bounded by 14th Street to the south, Union Square West on the west side, 17th Street on the north, and on the east Union Square East, which links together Broadway and Park Avenue South to Fourth Avenue and the continuation of Broadway. Union Square Park is under the aegis of the New York City Department of Parks and Recreation.

Neighborhoods around the square are the Flatiron District to the north, Chelsea to the west, Greenwich Village to the south, and Gramercy to the east. Many buildings of The New School are near the square, as are several dormitories of New York University.
Wedding at The Cloisters 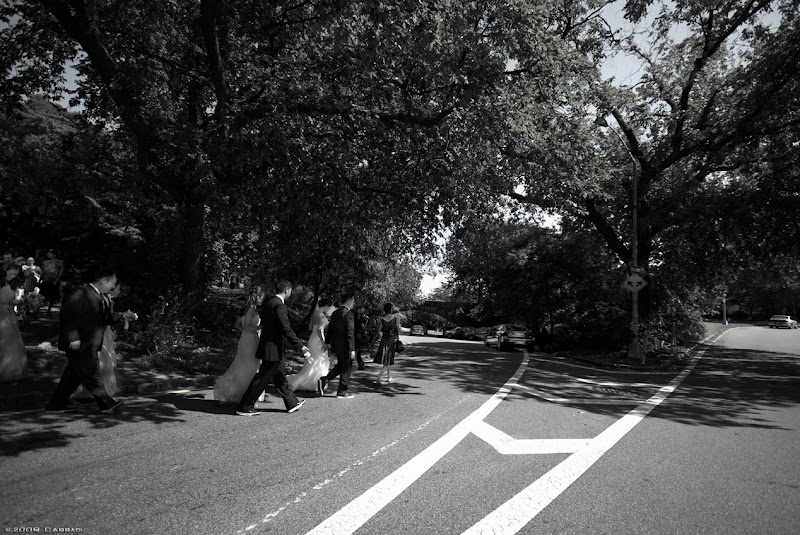 The Cloisters house the Metropolitan Museum of Art's collection of art and architecture from medieval Europe. Best known for the beautiful tapestries on display, the Cloisters also offer architectural installations, a series of special programs, and fantastic views of the Hudson.

"Located on four acres overlooking the Hudson River in northern Manhattan's Fort Tryon Park, the building incorporates elements from five medieval French cloisters--quadrangles enclosed by a roofed or vaulted passageway, or arcade--and from other monastic sites in southern France. Three of the cloisters reconstructed at the branch museum feature gardens planted according to horticultural information found in medieval treatises and poetry, garden documents and herbals, and medieval works of art, such as tapestries, stained-glass windows, and column capitals. Approximately five thousand works of art from medieval Europe, dating from about A.D. 800 with particular emphasis on the twelfth through fifteenth century, are exhibited in this unique and sympathetic context."

Please be sure that I read each and every one of your kind comments and I appreciate them all. Stay tune.
Posted by Carraol at Tuesday, September 22, 2009

How incredibly fortunate we are to have 1,000 posts from you! Congratulations to you for having the energy and commitment to post, day after day, year after year. We truly are the lucky beneficiaries of your creativity and huge talent. Thank you!

Congratulations Carraol. A millennium is quite a milestone. I've enjoyed all your work.

Now a days you are among the people...

congratulations for your 1000 posts, I discovered your blog, the pictures are beautiful, much like the first. good continuation.