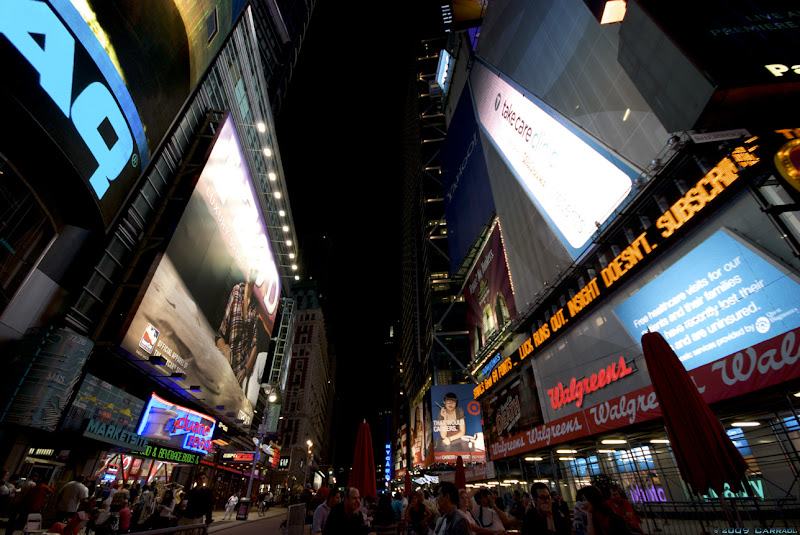 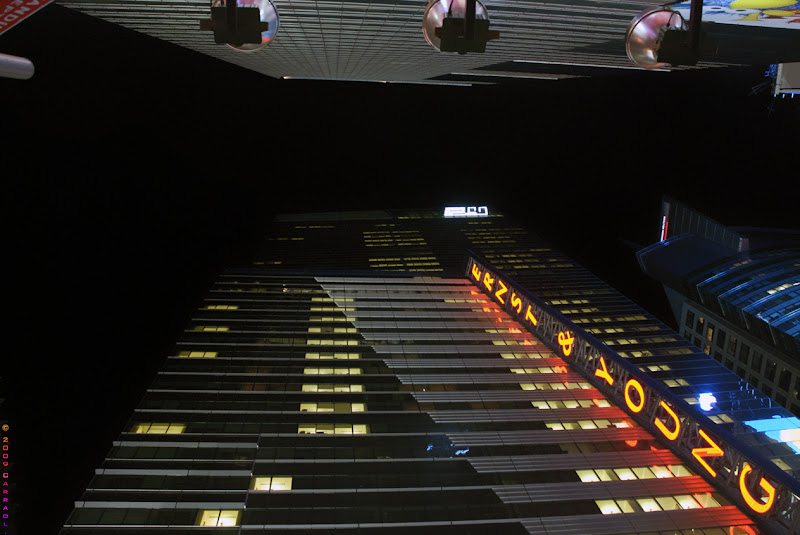 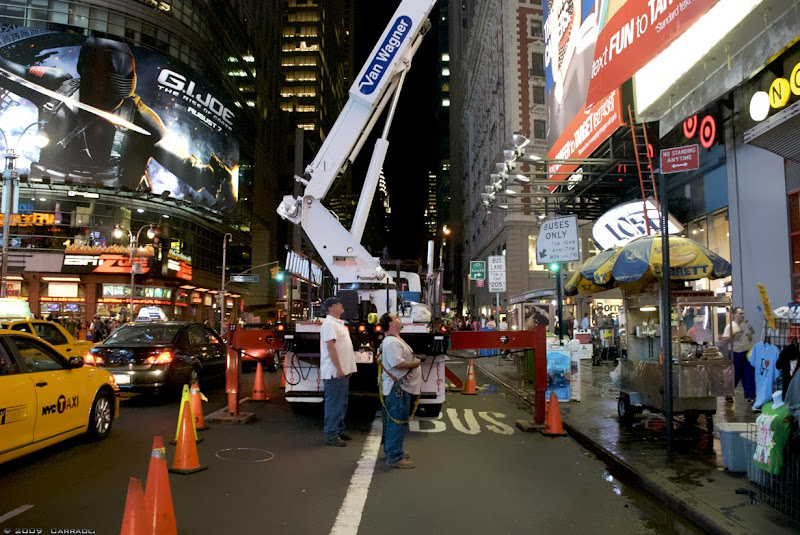 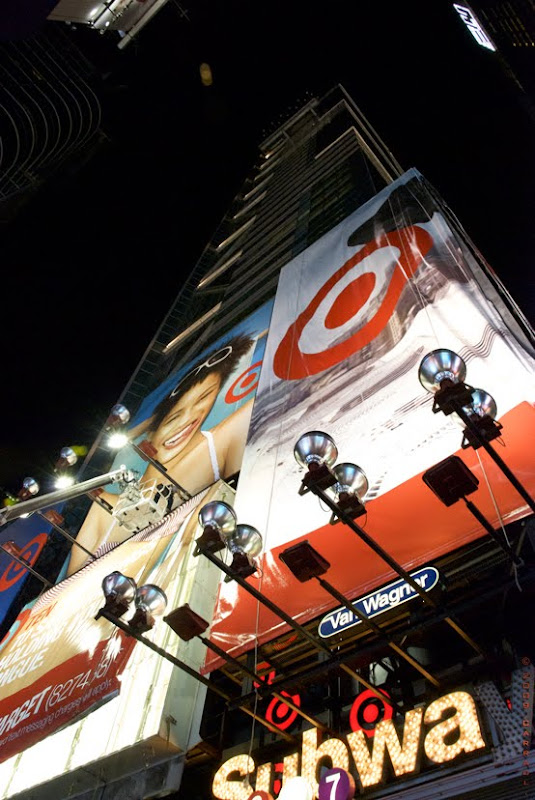 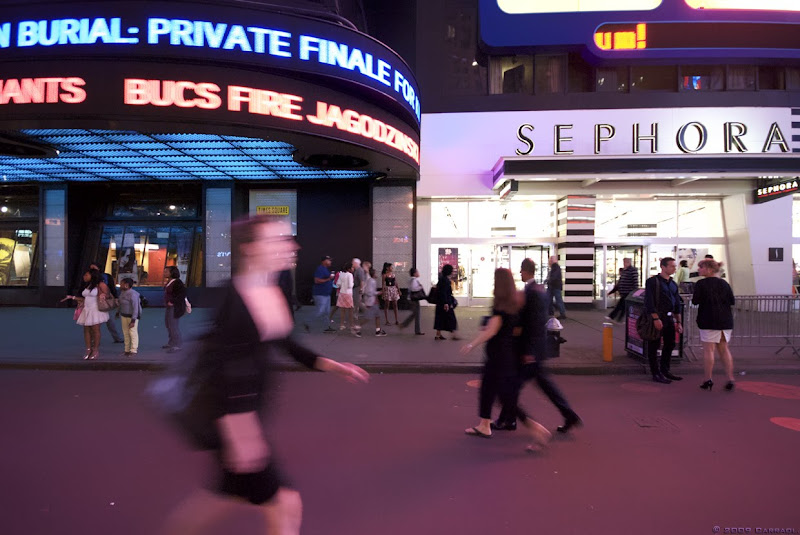 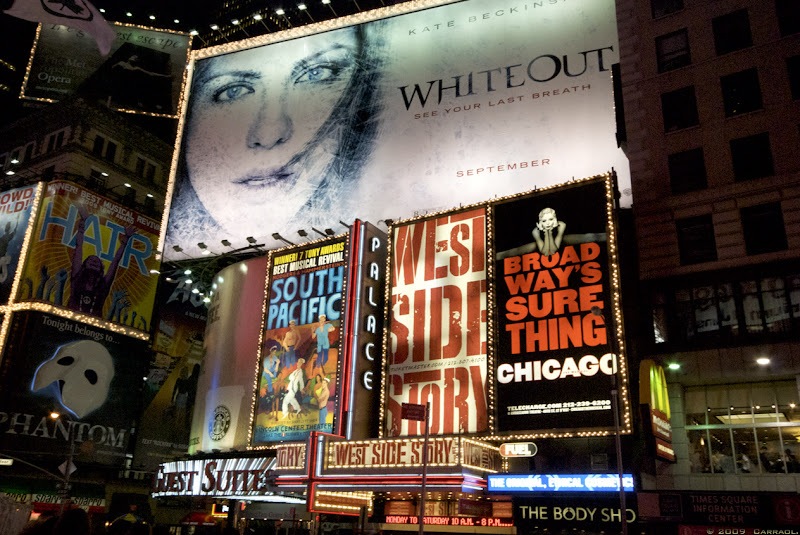 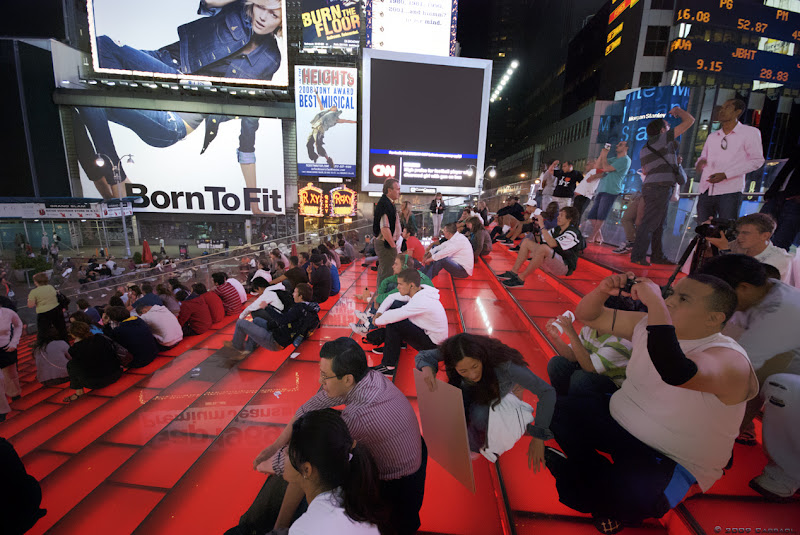 Times Square is a major intersection in Manhattan, a borough of New York City, at the junction of Broadway and Seventh Avenue and stretching from West 42nd to West 47th Streets. The Times Square area consists of the blocks between Sixth and Eighth Avenues from east to west, and West 40th and West 53rd Streets from south to north, making up the western part of the commercial area of Midtown Manhattan.

Formerly named Longacre Square, Times Square was renamed after the Times Building (now One Times Square) in April 1904. Times Square, sometimes known as the "Crossroads of the World," has achieved the status of an iconic world landmark and has become a symbol of New York City. Times Square is principally defined by its spectaculars, animated, digital advertisements.

The intersection of Broadway and 42nd Street, at the south-east corner of Times Square, is the Eastern Terminus of the Lincoln Highway, the first road across the United States of America.

On February 26, 2009, Mayor Michael Bloomberg announced that traffic lanes along Broadway from 42nd Street to 47th Street will be de-mapped starting Memorial Day 2009 and transformed into pedestrian plazas until at least the end of the year as a trial program. The same will be done from 33rd to 35th Street as well. The goal is to ease traffic congestion throughout the Midtown grid. The results will be closely monitored to determine if the project works and should be extended beyond its trial period." Bloomberg also stated " he believes the street shutdown will make New York more livable by reducing pollution, cutting down on pedestrian accidents and helping traffic flow more smoothly." [Wiki]

Have a Great Weekend
music+image

Please be sure that I read each and every one of your kind comments and I appreciate them all. Stay tune.
Posted by Carraol at Saturday, September 19, 2009

You have done a nice job capturing the energy of the area.

I love every one of these. I was just there a few weeks ago and you bring all that energy back with these images. Outstanding work.

Amazing set of photographs. All are vibrant and dazzling.