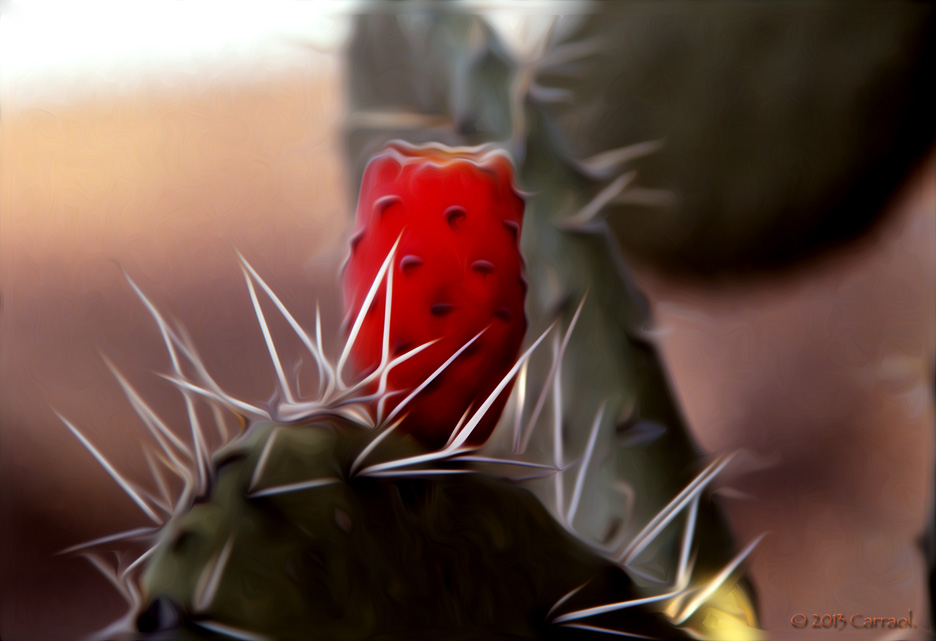 Opuntia, also known as nopales or paddle cactus, is a genus in the cactus family, Cactaceae.
Currently, only prickly pears are included in this genus of about 200 species distributed throughout most of the Americas.
The most commonly culinary species is the Indian Fig Opuntia (O. ficus-indica). Most culinary uses of the term "prickly pear" refer to this species. Prickly pears are also known as "tuna", "nopal" or nopales, from the Nahuatl word nōpalli for the pads, or nostle, from the Nahuatl word nōchtli for the fruit; or paddle cactus.
The genus is named for the Ancient Greek city of Opus where, according to Theophrastus, an edible plant grew which could be propagated by rooting its leaves. [Wiki]
music+image
Thanks for visiting, please be sure that I read each and every one of your kind comments, I appreciate them all. Stay tuned.
Posted by Carraol at Sunday, January 20, 2013