Tlalpan is one of the sixteen administrative boroughs of Mexico City. It is the largest borough, with over eighty percent under conservation as forest and other ecologically sensitive area. The rest, almost all of it on the northern edge, has been urban since the mid-20th century. When it was created in 1928, it was named after the most important settlement of the area, Tlalpan, which is referred to as “Tlalpan center” (Tlalpan centro) to distinguish it from the borough. This center, despite being in the urbanized zone, still retains much of its provincial atmosphere with colonial era mansions and cobblestone streets. Much of the borough’s importance stems from its forested conservation areas, as it functions to provide oxygen to the Valley of Mexico and serves for aquifer recharge.
The borough is home to one of the oldest Mesoamerican sites in the valley, Cuicuilco, as well as several major parks and ecological reserves. It is also home to a number of semi-independent “pueblos” that have limited self-rule rights under a legal provision known as “usos y costumbres” (lit. uses and customs). [Wiki] 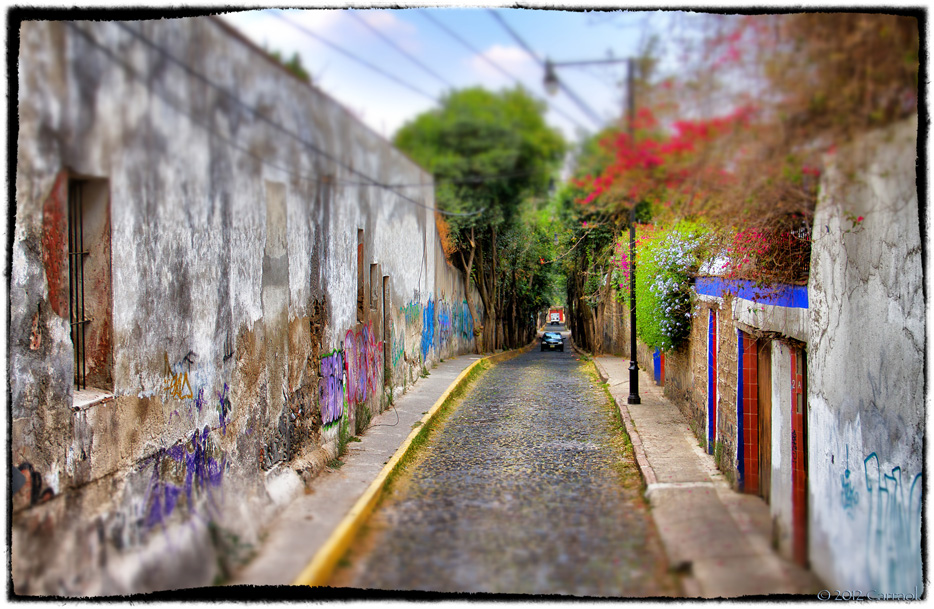 music+image
Thanks for visiting, please be sure that I read each and every one of your kind comments, I appreciate them all. Stay tuned.
Posted by Carraol at Sunday, March 10, 2013

A very elegant B&W first image Carraol and only you could make a laneway look so attractive.